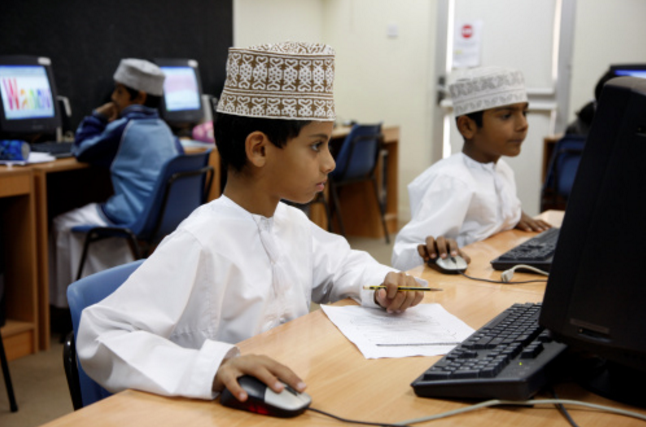 The United Arab Emirates’ founding father Sheikh Zayed bin Sultan Al Nahyan wisely surmised the importance of education and knowledge when he said: “ The real asset of any advanced nation is its people, especially the educated ones, the prosperity and success of the people are measured by the standard of their education.” It was advice the UAE followed closely as it took leaps and strides in educating its citizens.

In 1975, the adult literacy rate for men in the UAE was just 54 per cent while for women it hovered at 31 per cent. This compares to the 90 per cent for both genders today, according to official data.

But this bucks a regional trend where millions of children are forced out of school due to geopolitical conflicts in the Middle East.

According to a recent report by United Nations children’s fund UNICEF, nearly 9,000 schools in Syria, Iraq, Libya and Yemen are out of use because they have been damaged, destroyed, are being used to shelter displaced civilians or have been taken over by parties to the conflict.

These conditions have prompted calls from leading international figures for a common fund to finance the education needs of children.

Speaking at the recently concluded Mohammed bin Rashid Al Maktoum Foundation Knowledge Summit 2015, former British Prime Minister Gordon Brown reiterated his view that the world needed an education fund for children who were escaping war. He said an emergency fund for education would enable aid agencies to better respond to the educational needs of displaced children. His comments echo similar calls by the United States’ first lady Michelle Obama, who urged the Middle East to help invest in education globally.

Gauging the state of knowledge

Experts argue that in order to finance educational needs, the state of the industry needs to be more coherent. The launch of a new index in Dubai may soon address the issue, officials say.

The Mohammed bin Rashid Al Maktoum Foundation, a social organisation established by Dubai’s Ruler Sheikh Mohammed, recently launched the Arab knowledge index to help monitor annual knowledge levels in Arab economies. The index was initially launched prior to the Arab Spring and was discontinued before being launched again in 2014. But officials at MBRF said that going forward, the report will be produced every year in an effort to help governments assess the state of knowledge within their countries and make policy shifts accordingly.

The 2015 index, which was revealed during the Knowledge Summit in Dubai, compiles results from field research, in- depth studies and reviews conducted in different Arab economies.

“The indicator includes six main indices covering the most vital sectors that represent the knowledge levels in every country, which are pre-university education; higher education; vocational education and training; research and development and innovation; information technology and communication; and the economic sector,” says MBRF’s managing director Jamal bin Huwaireb.

The Arab knowledge index does not rank countries but provides statistical scores. Bin Huwaireb says it was a conscious decision to avoid rankings.

“With this index, we are not exaggerating where we stand but we want to look forward and improve in areas where we are lacking. The report will show each government where they stand and help them to make improvements,” he said during a session.

Officials say the index will be instrumental in filling the knowledge gap for academics, researchers and the media. It will also provide reliable information to researchers who have complained that credible information from the region is hard to come by.

Although the first edition of the index covers most of the Arab world, Bin Huwaireb revealed plans to extend it to cover all Islamic countries from next year.

Governments in the Middle East – especially in the Gulf region – have been investing massively in social welfare following the Arab Spring protests in 2011. But it is clear that the successful economies are those that are able to educate their population, as Sheikh Zayed rightly foresaw.