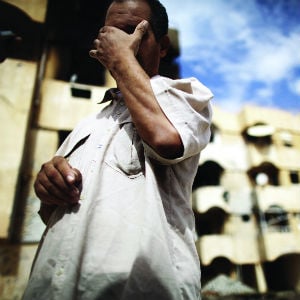 The familiar hubbub emanating from the busy cafes and eateries at the Dubai International Financial Centre (DIFC) during a typical lunch hour, somewhat belied the fact that a little earlier, in a conference centre just down the corridor, some of the region’s most respected economists had used words such as “challenging”, “dangerous” and “contagion” to describe the current global economic landscape at a time of dramatic upheaval across much of the Arab world.

Those attending the official launch of the International Monetary Fund’s (IMF) latest Regional Economic Outlook were left in little doubt of the onset of major political and social change. But one word that particularly resonated was “transition”, with so many countries in the MENA region either fervently seeking regime change, or having already achieved it.

Speaking after the event, Dr. Nasser Saidi, the DIFC’s chief economist, suggested that those member states of the Gulf Cooperation Council (GCC) presently unaffected by the uprisings could offer stable financial support to those nations in transition and, in so doing, could partially offset the impact upon them of a likely downturn in Europe.

“At a time in which Europe is facing a slowdown, the North African countries of the Mediterranean, for whom Europe is a major trade partner, are going to have even more difficulty in their transitions. Indeed, transition itself already presents economic difficulties, so if Europe enters recession, then the impact on them is going to be more severe.

“If we can create and strengthen links with the GCC that will be to the benefit of creating stability and ensuring a relatively smooth transition. GCC countries can become engines of growth.”

Saidi believes that, in time, the GCC should be expanded and nations such as Egypt and Yemen, both very much in the midst of upheaval, should be invited to join, along with Jordan and Morocco.

Masood Ahmed, director of the IMF’s Middle East and Central Asia Department, also sees a close synergy developing between the oil exporters of the GCC and the emerging and resource poor nations in the region with investment, remittances from expatriate workers in the Gulf and even from direct budgetary financing.

“Both Saudi Arabia and the UAE have provided financing to Egypt, as has Qatar too. All these countries have begun to engage and I believe the pattern of these links, both in terms of official financing and even more in cross-border investment, is only going to grow in coming decades.”

The region’s oil importing nations, which include the likes of Egypt, Tunisia and Syria (each at various points of transition or potential revolution), will be hoping the GCC can step up and offer genuine assistance. According to the IMF’s Regional Economic Outlook, the MENA region’s oil importers will see their GDP growth slump from 4.5 per cent in 2010 to just 1.4 per cent this year, with a prediction of a very modest 2.6 per cent in 2012.

The IMF report highlights that, due to the political uprisings in several of the oil importing nations, tourism and capital inflows have taken a big hit this year, while high commodity prices have eroded external reserves. For the oil importing countries as a whole, fiscal deficits are expected to widen by 1.5 per cent of GDP in 2011-12.

Saidi stressed that the oil importers need to find more than $150 billion in financing requirements between now and 2013 and he couldn’t see where that was going to come from.

For countries undergoing revolution or regime change, generating significant amounts of capital can take years. Saidi referred to research undertaken by the World Bank to explain how it can take four or five years for a country to move out of the transitory stage and, while it does so, output and investment both decline markedly. How the political change comes about also makes a big difference to a country’s future prospects.

Saidi believes Libya, an oil exporter and the focus of by far the bloodiest and most destructive revolution in the region to date, faces severe challenges as the presence of natural resources and significant social inequality can cause additional problems.

The immediate outlook for Libya appears daunting and its need to get oil production up and running is vital. Its output has been virtually idle for many months and yet hydrocarbons make up 70 per cent of the country’s GDP and a massive 95 per cent of its exports. International sanctions, which were in place while Muammar Gaddafi resisted the desire for change, hit the non-oil segment of the economy and, according to the IMF, real GDP is expected to contract by more than 50 per cent in 2011.

On-going political uprisings are occurring in Syria and Yemen, while Bahrain has been the scene of numerous protests and demonstrations and is far from pacified. The significant loss of life in Syria and Yemen suggests problematic transitions, as and when there is regime change, and already both are suffering economic contraction. The IMF predicts that Yemen’s GDP growth, which was eight per cent in 2010, is likely to move into negative territory this year while its rate of inflation will spike to 18 per cent in 2012, by far the worst in the Arabian Gulf.

Bahrain, another oil exporter and a GCC member, has suffered a severe slump in its hospitality sector due to the political tensions and its fiscal balance is well in the red at beyond minus seven per cent. But Masood Ahmed sees a distinct difference in its economic situation when compared to that of Libya.

“The events in Bahrain earlier this year have had an effect on economic activity and continue to do so. But, at the same time, the oil part of Bahrain’s economy, which is a large part of GDP and an even larger portion of government revenues and exports, has continued to function.”

But the wider global economic worries could create extra challenges for the island state as its fiscal break-even oil price is now approaching $100 a barrel, a rise of around $25 a barrel since 2008, and it is close to present spot oil prices.

“In terms of a global slowdown, if there is a reduction in oil prices, that would naturally translate into budgetary consequences for Bahrain as it would for other countries.”

The fiscal break-even oil price could represent a worry for those MENA countries affected by political transition and seeking the anticipated substantial financing from the cash rich Gulf.

The UAE, for example, now has a fiscal break-even oil price of around $80 a barrel and this is a massive leap of $60 in just three years and if oil prices tumble for an extended period, as they may well do in a severe global downturn, the country may become less inclined to channel investment to needy regional partners at a time when it would need to tap into its own reserves.

Irrespective of the potential for investment from the likes of the GCC, the key requirement right now for countries in transition is to carefully manage the expectations of the general population and keep them “anchored”. Masood Ahmed explained that a big challenge moving forwards is to balance “social cohesion on the one hand with maintaining macro-economic stability on the other”.

A
common theme among all emerging markets in the region, whether in transition or not, is the need to generate employment opportunities. The expansion of the private sector and effective infrastructure development projects can be ways of doing this but Dr. Saidi sees a huge task ahead.

“We have countries in which 60 per cent of the population is below 25 years of age and the unemployment rate is reaching 30-40 per cent and at the same time we know that we need to be creating some 80 million jobs over the next decade. That’s about as many as we’ve created since the 1950s.”

One of the panellists at the IMF launch, V. Shankar, the CEO of Standard Chartered Bank, Europe, Middle East, Africa and Americas said “quick, precipitate action” was needed in the countries in transition to placate the population – and this effectively meant job creation.

“It is nice to talk about diversification, improving governance and all the good things you need to do, improving education, improving healthcare. But remember all of that is long-term stuff. It is going to take 15-20 years for the benefits of all that to actually come through to the vast majority of the population.”

For Shankar, if the new governments of the nations in transition do not provide these “quick wins”, then the Arab spring could rapidly become a “winter of discontent”.