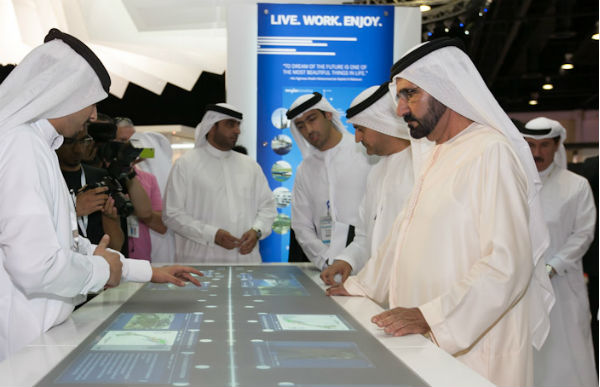 The 3rd Global Entrepreneurship Summit has officially opened in Dubai, to an audience including a plethora of the region’s foremost business leaders, several members of the Dubai royal family and a video message from the President of the United States.

The summit, in partnership with Entrepreneurial Ventures of Arabia, aims to bring the MENA region’s most prominent names in business together with SMEs and entrepreneurs that, as Barack Obama said in his pre-recorded message, “could be behind the next big private companies for their cities and their countries.”

The majority of keynote speakers over the two day conference, and the business names in attendance, are from the United States or MENA region.

“As you all know, roughly 50 to 100 million new jobs are needed in this region. Our partnerships will never reach their full potential if so many people are finding it difficult to find work and escape poverty. So we must address this challenge,” said Sanchez.

“One essential component of the solution is new startups. That’s because the startups of today will become the big companies of tomorrow. We fully support this growing prosperity, both here and across the Middle East.

“That’s because when a young person has an idea, they need to be able to pursue that idea. And if they are able to turn that idea into a business, then workers will be hired. A MENA region that is economically stable is an important pillar of President Obama’s approach.”

The United States president then spoke in a recorded message about his hope for the region’s entrepreneurs and SMEs to be given the best chance to become leaders of the next generation of the private sector.