The Future Of Gold: Where Next? | UAE News 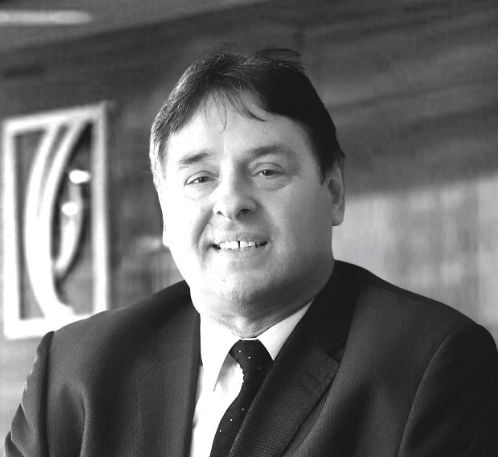 Three key drivers have been and continue to be instrumental in influencing the value of gold.
-Currency wars
-Equities
-Geo-political issues.

The near zero-interest rate environment in many countries has led to a significant amount of liquidity in the financial markets, on a global scale. The Federal Reserve Bank in the US, the Bank of England in the UK and the Bank of Japan in Japan have been the torchbearers of these programmes.
The indicated beginning of the withdrawal of these asset purchases signals a greater level of confidence in the economy of the US while the Bank of Japan has announced that it is prepared to do whatever it takes to achieve a level of inflation of two per cent within the next two years.

The stimulus measures have created a degree of uncertainty within the investment community, and that was translated into a heightened level of interest for gold during recent years. Gold as an asset-class in its own right has done well within a low interest yielding environment, but more challenging times are ahead in a rising interest rate scenario.

A similar trend can be seen in the changes in customer behaviour of the fixed income segment and commodity markets (especially gold). The outflows from investments in the bond space and the Gold Exchange Traded Funds (ETFs) during the first six months of 2013 have been nothing short of spectacular. The dominant risk-off position of recent years has given way to a much more obvious search for yield. These expected yields are, in the eyes of the investors, most likely to be found in the stock markets of the US and other developed markets. The gold price and sentiment have suffered as a direct result of the significant withdrawals, and it appears that, most of these liquidations have already been executed.

Indeed, geopolitical issues have always been and will always be reflected in the price discovery mechanism for gold.  The gold price displays the known geopolitical tensions at all times, and gold is always subject to potentially significant changes if new tensions arise anywhere in the world.

The endless debate continues on whether gold is a currency or a commodity. A case can easily be made for either of these sides as gold does not have an unlimited supply, and is different to fiat currencies, which can be supplied on an infinite basis (inflation).

The fact is that gold is recognised by the World Bank, the IMF and other supra-national institutions as a currency, and Central Banks all over the world hold gold as part of their reserve management diversification. The continuous interest from the Central Bank community to invest a small part of its reserves in gold has its foundation partly in the displayed difficulties surrounding the two most important reserve currencies, namely the US Dollar and the Euro.

These institutional investors simply follow the long-standing investment guidelines for gold, whereby a prudently managed portfolio should contain an optimum of five to 10 per cent of assets invested in gold. The investment in gold is therefore, in most cases, deemed to act as an insurance policy against adverse market movements, as gold is inversely correlated with most other asset classes.

China is now challenging India’s position as the world’s top consumer for gold, as China seems to be well on its way to consuming over 1,000 tonnes in 2013, while the Indian consumption is estimated to be at around 750 tonnes. While India might still be the top importing country, China also represents the biggest gold producing country and net imports are therefore likely to be smaller than the Indian imports.

All of the above make it clear that the affinity towards physical gold is much stronger and reliable in the countries of the East, where most Central Banks of the “old” world hold gold from former times. This was important when individual currencies still played a role (before the Euro) and gold was deemed necessary to guarantee the value of a currency.

The investment community in the Western world has been much more yield-orientated in the past, and only took towards gold in times of heightened tensions and inflation worries.