The Eastern Superpowers Are In Trouble - Gulf Business 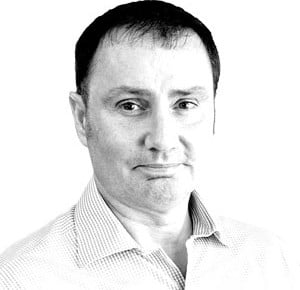 Macroeconomic forecasting is notoriously difficult. Recall how Japan was supposed to overtake the US economy in the 90s. Some readers might just about remember the end-of-the- dollar forecasts of the 1970s. Similarly the Euromonitor International predictions for the top nations in 2020 looked a bit wide of the mark.

It has China set to become the world’s largest economy in terms of GDP in PPP terms by 2020 and India roaring up to third slot! Russia will overtake Germany as the fifth largest economy by that date, just behind Japan at number four.

Can this forecast be correct? Such forecasts are usually wrong. They take the recent past and project it forward. But reality seldom moves in a straight line. It is one reason why economists make such lousy investment advisers.

For China to top the US there has to be stagnation or decline in the US economy coupled with continued high growth in China. Euromonitor admits ‘rising labour costs, pollution, a potential real estate bubble and rapid ageing arising from the government’s one child policy’ are problems for China going forward.

We would add that a stalling global economy just can’t be good news for the world’s largest exporter. There’s the rub. China cannot rise above us if we are falling into a global recession. We would also not underestimate the US economy’s capacity for self-renewal with the cheap energy of shale gas, for example.

Economies move in cycles, not straight- line projections. You might have thought economists would have spotted that by now. Of course they have, but as they cannot agree on the cycles they stick with the straight lines. So you get utter nonsense like India as a great economic power.

You cannot get to the top of the economic league table simply by expanding your population. That is not the way China did it. They went for a one-child policy to reduce the number of mouths to feed.

If you over expand your population then you can end up with a Malthusian food crisis and declining per capita GDP. India’s current bureaucratic democracy, infrastructure and educational system will simply never support a high-income economy. Few dispute that and reform is not really on the political agenda.

That said, sheer population might well help Russia to overtake Germany in the economic league table. Russia is already a middle-income country thanks to its huge hydrocarbon revenues and with twice the population of Germany only a relatively small advance would be needed to tip total GDP in its favor.

However, probably what renders these forecasts completely unreliable is that they cannot discount major national crises. For example, the debt-ridden Japanese economy looks very vulnerable to a serious bond crisis, falling exports and an internal financial meltdown. It last crashed in 1990 and few saw that coming either.

By contrast Russia and China hold huge financial reserves and have debts are far lower than in Japan or the US. Then again India most likely holds the most gold of any country and if the gold price roars ahead in an era of high inflation that is another economic wild card that could mean India rising, though we would still wonder ArabianMoney’s reckoning for the top nations in 2020 would be, respectively: USA, China, Russia, Germany and Japan.

The advance of Russia would be the biggest surprise, and fly in the face of the anti-Putin propaganda of the Western media who fail to recognise the economic imperative of wise and stable rulers.

China and India are the past shock, not the future. The more credible debate would be to try to predict when their growth will peak, and whether that will happen before they reach middle- income status.

Just because a nation happens to be poor is no guarantee to it becoming rich, and having a large population does not necessarily help either, it can represent an enormous drag on any economy. Watch out the smaller economies for growth shocks, because the bigger guys are in trouble.