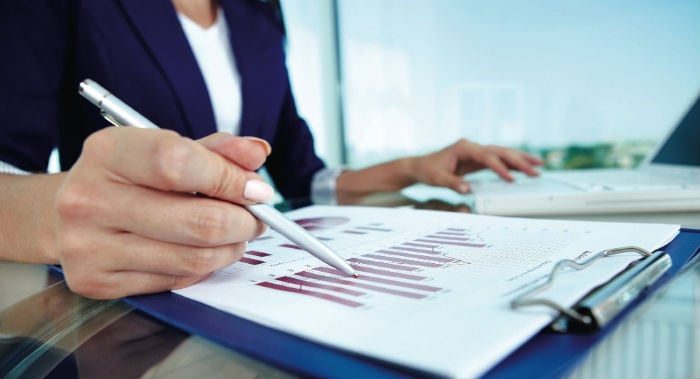 The Global Entrepreneurship and Development Institute (GEDI) recently released the 2015 Female Entrepreneurship Index (FEI), which looks at a nation’s favourable conditions for women entrepreneurs. The first of its kind, the FEI analyses 15 factors or “pillars” that enhance the prospects for female entrepreneurs in 77 countries, a significant increase from last year’s group of 30.

Compared to last year, there have been improvements made in the countries studied in the “transfer of technology” which incorporates research and development (R&D) by the private sector, collaborations between universities and industry, as well as the protection of intellectual property rights.

However, while female entrepreneurs’ education level has increased, the innovation of female-owned businesses, measured by whether other businesses offer the same product, has decreased. There is less female involvement in the technology industry this year as well. Although any progress is commendable, the fact that 61 per cent of the countries surveyed still scored less than 50 points out of 100 suggests much more is required by governments to increase female participation in entrepreneurship.

This need is even more pressing when considering the International Monetary Fund (IMF)’s report that by having equal numbers of women as men in the UAE workforce would increase the nation’s Gross Domestic Product (GDP) by 12 per cent and in Egypt by an astounding 34 per cent.

His and hers entrepreneurship

Research indicates that cultural and societal factors play a greater role in encouraging or dissuading business ownership for women than for men. The FEI Report outlines how child-care services are of bigger importance to female entrepreneurs who tend to start their businesses later, between the ages of 35 to 40, than men do. Lack of cultural or religious acceptance of women working and traveling is another significant barrier to entrepreneurship.

More importantly, the legal infrastructure of a country in terms of providing equal rights to education, networks, and the stability of the legal environment to protect businesses, are also instrumental in promoting entrepreneurship.

The 15 pillars of the FEI are sub-divided into three categories:

• “Entrepreneurial Environment” which looks at the “entrepreneurial spirit and culture” of a country, including institutions available to help support budding entrepreneurs. This category indicates whether female entrepreneurs are able to identify opportunities and their perception of their own skills, networks of entrepreneurs as well as societal factors like equal rights, access to technology and child care and the aforementioned “Business Risks”.

• “Entrepreneurial Eco-System” includes access to resources and institutions required for the development of female-owned businesses such as whether the regulatory framework promotes an ease of doing business, the availability of a skilled workforce, and the gender gaps between men and women in the workforce.

• “Entrepreneurial Aspirations” refer to the individual’s own personality characteristics and the available resources to help propel female entrepreneurs to success. This last sub-division analyses whether female entrepreneurs are being innovative by introducing new products into the marketplace, their intentions of growing their business rapidly, the prospect of exporting and the ease of getting financing for their business.

Top of the class

Ranking at the top of the list again is the United States with a score of 82.9, a gap of eight points from second-place Australia. The United Kingdom, Denmark, Netherlands and other European countries make up the top ten.

The UAE has an impressive score in having highly educated owners as well as a large number of women in technology businesses or in leadership positions in the IT sector. UAE entrepreneurs also did well in the internationalisation pillar through their export of goods.

The area where the UAE needs to improve the most is increasing R&D expenditure as a percentage of GDP.

There is also a shortage of first tier financing which refers to financial literacy, access to finance programmes, and the number of women with bank accounts for business purposes.

Bring back the golden age

The UAE Vision 2021 National Agenda was developed to ensure that the UAE met its targets in education, healthcare, economy, security, infrastructure, and government services against global benchmarks by 2021.

Investing more in education and R&D would also be aligned with Dubai Plan 2021 with its dominant theme of having happy, creative and empowered people.

In the Middle Ages, scientists from the MENA region were renowned for making monumental advances in arts, science, technology, and innovation, resulting in the era called the Islamic Golden Age.

Once that Golden Age became overshadowed by the European Age of Enlightenment, scientific development in this region has since lagged behind progress in the Western world.

With Expo 2020 and Vision 2021 a mere few years away, shouldn’t we start in investing in our people so that the Islamic Golden Age is no longer just relegated to dusty old history books?

Jeanette Teh is Assistant Professor in the School of Business Administration at the Canadian University Dubai (CUD) where she teaches business and employment law, business ethics, and management. A non-practicing lawyer from Toronto, she also conducts corporate training sessions, including courses on legal drafting. Any views expressed in this article are solely those of the author’s and not of the university.