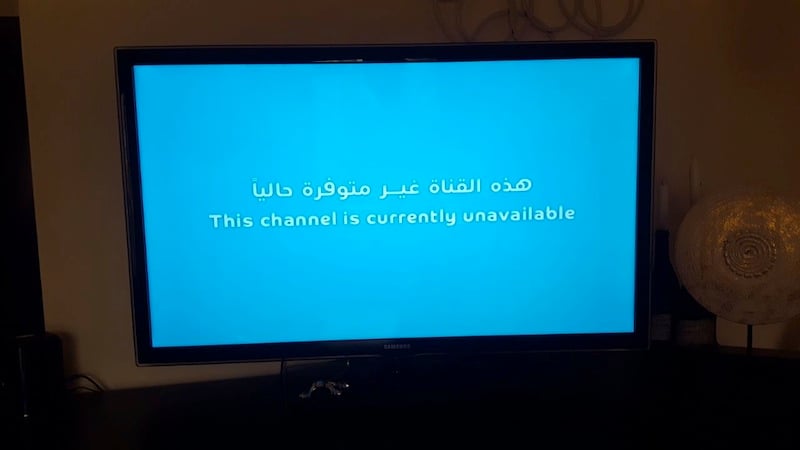 Dubai-based telecoms operator du has confirmed that it has suspended transmission of the Qatar-owned beIN Sports network across its cable television services after customers took to social media on Monday evening to complain about an interruption in the service.

“We would like to confirm that the service of beIN Sports are currently suspended. Our customer service teams will be in touch with all the affected customers,” du said in a statement.

The company did not clarify whether the suspension of service is in relation to the ongoing Qatar crisis, in which the UAE, Saudi Arabia, Bahrain, Egypt, Yemen, Libya and the Maldives have cut ties with the GCC member over claims that the country supports terrorist organisations.

Customers who attempt to access beIN Sports channels via their du cable box receive a blue screen stating “This channel is currently unavailable”.

Etisalat customers report receiving the same notice, however the UAE state-owned telecoms firm has yet to release an official statement regarding the matter.

The beIN Sports website has also subsequently been blocked by both the telecoms operators in the UAE.

@dutweets do I get a refund on you removing Bein from my subscription? When will it be restored? pic.twitter.com/aw3CmmNtoC

Part of the larger Al Jazeera network of channels, beIN Sports holds the exclusive broadcasting rights to a number of major international sporting tournaments including the UEFA Champions League, English Premier League, La Liga, Formula 1 Grand Prix and the NBA, amongst others.

The UAE has also blocked the Al Jazeera TV channel and website, while Saudi Arabia has also revoked the media group’s licence in the kingdom.