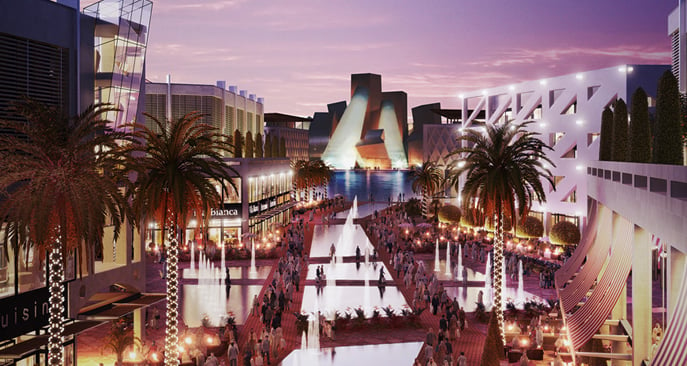 Abu Dhabi’s Tourism Development & Investment Co (TDIC) is in the process of completing the financing to allow it to build the largest shopping mall in the emirate, it said on Monday.

Abu Dhabi, seeking to capitalise on surging retail demand, has already opened two shopping malls in little more than a year as it attempts to match glitzier neighbour Dubai.

TDIC declined to give details about the financing for the new project – known as The District – but four people aware of the matter said the state-owned company was in talks with banks about raising a loan.

A funding deal is expected to be finalised by the end of January, allowing building work to start by March or April, said one of the people, a company source speaking on condition of anonymity as the information is not public.

As talks were at a preliminary stage it was too early to determine the value of the loan, two banking sources said.

TDIC is partnering on The District with L Real Estate, a global property development and investment fund sponsored by LVMH, the French luxury goods company, according to TDIC’s website.

They are hoping to tap rising retail sales in the United Arab Emirates – up five per cent to $66 billion in 2013, according to consultancy A.T. Kearney – boosted by a growing and youthful population and strong tourist numbers.

“TDIC and its joint venture partner are in the process of completing the capital structure for The District mall on Saadiyat island,” the Abu Dhabi firm said in response to Reuters queries about the financing of the project.

“Details of specific financing are not being released until such time as the process is completed.”

Construction work on the project, which will hold more than 550 units across 269,000 square metres of leasable space, is scheduled to be completed by 2017, the website said.

TDIC, which is also building branches of the Louvre and Guggenheim in Abu Dhabi, has – like other UAE companies – been taking advantage of low interest rates to raise fresh capital or refinance existing debt.

In June, it secured bank financing to repay $2 billion in maturing bonds this year and said it was in the process of finalising two separate financing agreements in 2014.