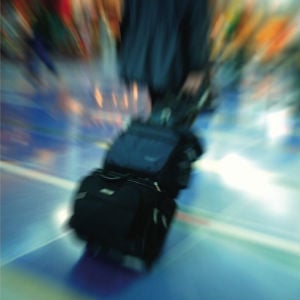 More than one million bounced cheques were issued during the first eight months of 2011 in the UAE, amounting to around Dhs35 billion, according to the Central Bank.

Property owners in the country are often burdened with bounced rental cheques when tenants flee the country. And although issuing a bounced cheque is a criminal offence under the UAE law, retrieving the losses remains a difficult process.

“If the cheques are dishonoured, the landlord can go to the police, and at that point the police will usually go and find the tenant and put pressure on the tenant to pay,” explained Jerry Parks, a partner at law firm Taylor Wessing. “That’s as far as the police can go in terms of direct action.

“The best option in the case of a bounced cheque is to lodge a police case before the tenant leaves the country so that they will be stopped and forced to pay,” agreed Kosta Giannopoulos, head of property management at Better Homes. “It would be very helpful if this process could be sped up, which would require cooperation between banks and the police.”

However, if the tenant has left the country, the landlord still has options, stated Parks.

Firstly, he can ask the police to put a travel ban on that person, which means that if they try to come back into the country, they will be apprehended at passport control.

“The thing is that the tenant may never come back because they might have other debts as well and that’s probably why they ran away in the first case. So many people don’t take up this
option,” he added.

“Your first option is to get a court order in Dubai. You then have to take that order to the UK courts, have them ratify that order, effectively issuing new judgment on the back of that order, and then you would have to try to enforce that judgment in the UK.

“The other option is to go directly to that country, say the UK in this case, and issue proceedings in the UK for the rent that is owed to you and then get a judgment and serve that judgment on the individual in the UK.”

But the entire process is convoluted and costly, he explained.

“If you go to the Dubai Courts, then even if its undefended, it might take six to nine months before you get an order. And it’s still going to cost you the court’s fees and the advocate’s fees to run the case. After that you have got to pursue proceedings in a foreign court, which would require you to retain a foreign lawyer in that country. And if you then get an order from that court, you need to hand it over to an enforcement agency in that country, so you might be looking at a further three to six months to get the order in the
foreign court.

“So you are still looking at a year minimum to get all this done. And if the rent that you have to retrieve is Dhs2,000, then it’s not worth it. So you always have to think of that,” he stated.

But apart from the rent, landowners are also sometimes stuck with large utility bills when tenants leave the
country.

“The biggest problem with DEWA [Dubai Water and Electricity Authority] bills is that while the DEWA contract is between the tenant and DEWA, there is no distinction made on the part of DEWA as to who must pay,” stated Giannopoulos.

“Accordingly they penalise the landlord by not allowing any further connections until the outstanding balance is cleared. This is penalising landlords for something that is not their fault,” he said.

According to Parks, the only option the landlord has is to include the outstanding utility bill amount in their claim from the tenant, if they decide to go ahead with the process.

But the best option is to try and prevent such a situation from taking place, stated Better Homes’ Giannopoulos. “This is done by quality communication both verbal and written with the tenants before, during and after the tenancy period,” he said.

Considering the situation, is it wise for landowners to provision for such defaults?

“Not specifically, but of course it is an unfortunate reality of being a landlord that unforeseen costs can eventuate,” said Giannopoulos.

“There are some good, thoughtful private landlords in the market, but there are also landlords that do not think of, do not understand, or simply choose to ignore any of the issues that can arise during tenancies and so are not at all prepared and in some cases do not fulfill their obligations,” he added.

Currently, the UAE also doesn’t have any specific law or rule to address this issue.

“The process of a landlord lodging cases and the way the rent committee works has room for improvement,” stated Giannopoulos. “The prevalence of expatriates (the majority of property renters) does imply that a much more efficient, effective, user friendly and consistent system should be created,” he said.

“A new law would be something worth looking at,” added Parks.