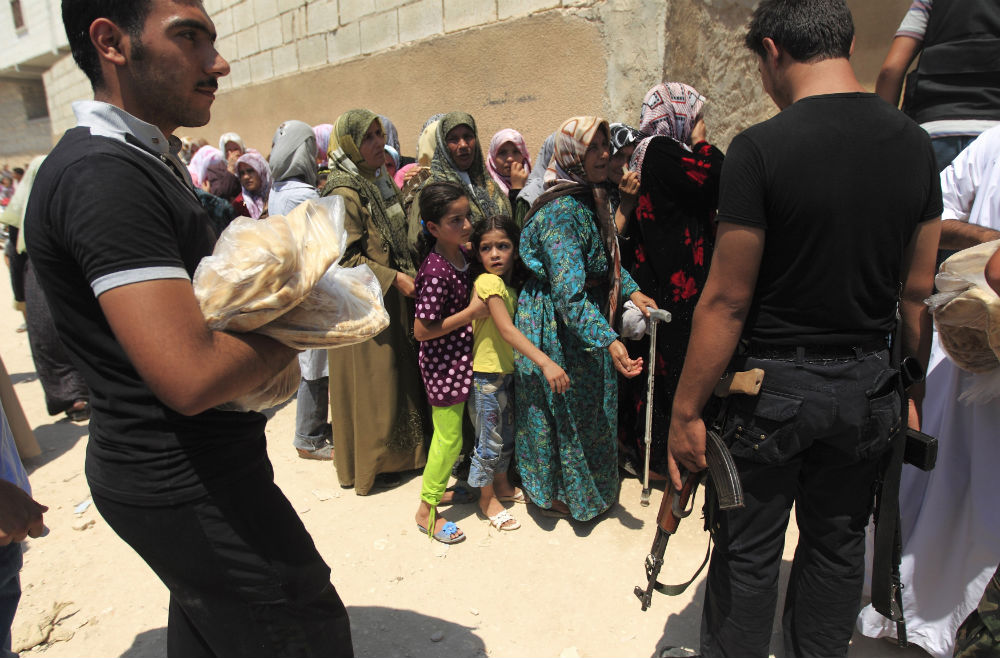 Nearby, a butcher hangs up a piece of mutton, which has almost doubled in price in the past year.

“Looking at the market you would not think these people have suffered so much,” said Yasser Khudri, a trader.

In al-Qah, a village on the border with Turkey, several clothing shops are open but few customers show up during the Muslim Eid holidays, normally a boom time for shops, as people avoid buying non-essential goods.

To some extent, Syria’s highly regulated economy – with its costly government subsidies, which keep electricity prices artificially low, and restrictions on imports – have helped control inflation and stem a further decline in living standards for poor farming communities. Independent economists say inflation has not exceeded 30 per cent despite the crisis.

“There are lower quantities of food but no food shortages in Syria … there are people who are supplying food. As you know, in every crisis, there are those who profit,” said a senior Syrian official who works at the state wheat procurement agency.

While living conditions have deteriorated, the authorities continue to pay the salaries and pensions of tens of thousands of civilians in areas no longer under state control and have been reluctant to cut off electricity and water supplies in rebel-held towns, residents say.

State bakeries remain open even in rebel-held areas and officials say no village in Syria has been deprived of bread.

At a private bakery near the rebel-controlled town of Sahara, baker Abu Adnan is surrounded by dozens of men and women jostling to get bread that has just arrived from a bakery in a nearby town that now serves several villages.

“For God’s sake … everyone, just one loaf,” Adnan shouts.

Despite long bread queues, prices have barely gone up for a loaf of Arabic bread, on sale for a heavily subsidised 15 pounds.

In a tacit agreement with the government, rebels have not sought to take control of 36 state-owned silos spread across the country that remain in government hands.

“No one has an interest, whether it’s a pro-government or opposition … in the end everyone wants to eat bread,” said the senior grains official in Damascus.