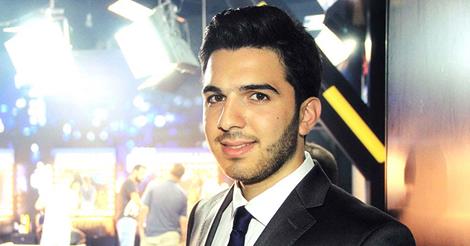 A young man from Syria’s battle-ravaged city of Aleppo won the annual “Arab Idol” singing contest late on Saturday, then prayed to God to end calamities in his country.

Hazim Sharif steered clear of specific political references in interviews and Facebook messages after his victory, which was broadcast to millions of viewers across the Middle East.

People posted videos on social media which they said showed celebrations in the northern city of Aleppo, which is at the centre of a fierce battle between pro-government forces and insurgent groups.

In the government-held capital Damascus, people celebrated in restaurants and waved the Syrian national flag in the streets.

Unlike previous winners, the 21-year-old did not wave a flag to mark his win, but dedicated his performance in the Beirut venue to the Syrian people and his family.

In a message on his Facebook page on Sunday he addressed a message to God, asking for him to “bring all harm to light” and to end “calamities”, a reference to the civil war that has killed around 200,000 people according to the United Nations.

State news agency SANA reported his win, saying that he had been consistently well received by the audience.

Sharif, with his velvet voice and steady performances, was a firm favourite throughout the four-month competition and beat Palestinian and Saudi rivals in the final.

“I just want to address the Syrian people and all of Syria. It would be my honour, and I wish, to have my first performance in Syria,” he told reporters.