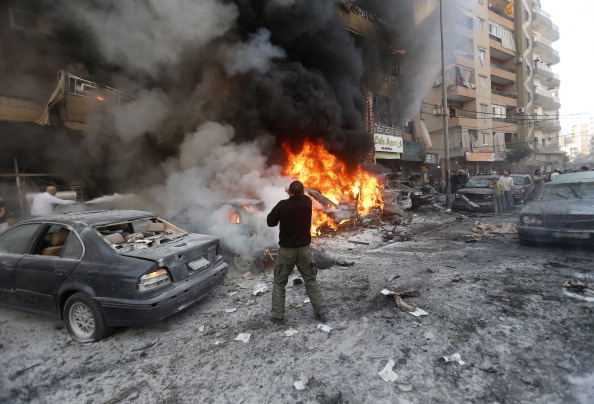 Faced with recent setbacks in Iraq and Syria, al Qaeda is slowly but firmly gaining influence in Lebanon, helped by the country’s increasing sectarian violence and the turmoil caused by Syria’s civil war, sources close to the group say.

Lebanon, a small Mediterranean state with a fragile sectarian power sharing system, has seen the worst of the Syria’s war spillover with car bombs in Beirut and Tripoli, gunfights in city streets and rocket fire in the Bekaa Valley.

The violence is exacerbated by Lebanon’s own sectarian divisions and entrenching them. Shi’ite Hezbollah supports President Bashar al-Assad while his rebel opponents are backed by Sunni Muslims including Islamists and al Qaeda fighters.

In Syria, the al Qaeda-linked Islamic State of Iraq and the Levant (ISIL) holds territory in the north and east but has been on the defensive in recent weeks after coming under attack from rival rebel groups that resent its harsh rule.

The sources say it is now seeking to expand in Lebanon, particularly the northern city of Tripoli, plagued by violence and lawlessness since the start of Syria’s uprising nearly three years ago.

The accounts from the sources, including fighters who support and oppose al Qaeda in Syria, appeared to be supported at the weekend when a statement in the name of Abu Sayyaf al-Ansary – described as al Qaeda’s commander in Lebanon – said the group had put down roots in Lebanon.

In an audio statement Ansary declared allegiance to the head of ISIL. Speaking, he said, from Tripoli, he announced Lebanon would be a gateway for al Qaeda to strike at Israel.

Several Syrian rebel sources said the group was in the final stages of establishing itself in Lebanon’s north – a region seen as fertile ground for the group where many people have adopted a stricter interpretation of Sunni Islam in the past few years.

Dozens of people have been killed in Tripoli in the past year in violence between Alawites – the offshoot of Shi’ite Islam to which Assad and his family belong – and Sunnis.

The hatred goes back to the 1980s when Syrian troops, sent by Bashar’s father Hafez al-Assad, with the help of local Alawites in Tripoli crushed Sunnis who were seen close to the Palestinian groups fighting in Lebanon.

After Lebanon’s 15-year civil war ended in 1990, consecutive governments concentrated rebuilding and investment in the capital Beirut, leaving other cities struggling with relative poverty, unemployment and an alienated underclass.

As well as the deprived cities, the mainly Sunni Muslim Palestinian refugee camps – home to most of the 440,000 Palestinians living in Lebanon – are also a potential breeding ground for jihadis. So far they have produced small groups who have gone to fight in Afghanistan, Iraq and other conflicts abroad rather than building up forces in Lebanon itself.

Against that backdrop, a local commander in Syria who is close to al Qaeda commanders there said Ansary had been given the conditional blessing of ISIL leader Abu Bakr al-Baghdadi to announce al Qaeda’s presence in Lebanon.

“There will be statement in the next few days and the world will know then what will happen in Lebanon, and with God’s will it will warm the heart of the faithful,” he said.

While the group is expected to focus on Tripoli as a base, local commanders may be present in the northern province of Akkar, in the Bekaa Valley and the southern city of Sidon, where supporters of Sunni Islamist Sheikh Ahmed al-Assir clashed with the army last year.

Residents say al Qaeda is already calling the shots in some Tripoli neighbourhoods and areas of the northern province of Akkar and the Bekaa Valley. Black and white flags associated with its uncompromising Islamist agenda openly fly from the streets and balconies of some Tripoli districts.

Baghdadi, an Iraqi who leads thousands of fighters from across the world but mainly from Iraq, Egypt and Libya, initially sent his men to fight alongside Syrian rebels, most of them Islamists.

But many Syrian fighters grew to resent his dominance, especially after his fighters killed and tortured hundreds of Syrians including other Islamist fighters.

“His dream is to create a state, he cannot see anything else but that and will crush anybody who stands in his way,” said a Syrian commander who fights against al Qaeda.

“He even spilt our blood because we refused to consider him our Emir (leader). So for him we are infidels now standing in the way of the state just like the Shi’ites, Jews and others.”

Baghdadi even challenged the overall al Qaeda leader Ayman al-Zawahri a few months ago when Zawahri called on him to leave the Syrian battlefield to another al Qaeda affiliate, the Nusra Front. The two groups have clashed in recent weeks as Islamist fighters launched coordinated attacks on ISIL this month.

LOOKING FOR A NEW HOME

After that setback in Syria – and an army offensive against its stronghold in western Iraq – Lebanon could offer both a new recruiting ground and a base for attacks.

“They are looking to fulfil their dream. They are ‘Iraq and the Levant’, which means Syria, Lebanon, Jordan and Palestine. They will not stop now,” said a commander whose men detained fighters from ISIL during battles in northern Syria.

The sources were divided over how powerful the group is at this stage in Lebanon. Some said it had already established its base and would launch more organised attacks in the country, while others said it was still in final preparatory stages.

“Our understanding is that they are around 80 percent established but not fully established. They are still not well organised or the cells connected to each other,” said another Syrian commander via Skype. “They are in the process of re-grouping, that is what we know.”

Sources in Tripoli said that a debate took place for weeks among the jihadis on whether to go public. They were told by higher command to wait for approval from Baghdadi.

Ansary said Sunnis in Lebanon were mistreated by the powerful Shi’ite Hezbollah. He called on Sunnis to unite and saluted recent bombings in Shi’ite areas claimed by al Qaeda-linked Abdallah Azzam Brigades but said they were not enough.

“After the flag of Islam was raised from Iraq to the Levant … we have decided to announce our allegiance to them,” he said. “We swear allegiance to Emir Abu Bakr al-Husseini al-Baghdadi, from Tripoli, so that we will be a door for him, God willing, from Lebanon to the holy site (Jerusalem).”

“So we offered the idea of regenerating their cells in Lebanon so that we continue the path of jihad which has scared America in its den.”

A spokesman named Abu Omar would issue a statement with more details soon, he said. The sources said the new statement may come as soon as Friday.

Lebanon arrested a leader of the al Qaeda-linked Abdullah Azzam brigades this month, who died in custody days later.

“The north (of Lebanon) is a fertile ground for this for many reasons. People are extremists – but because of ignorance,” said a third Syrian commander who lives in Turkey. He predicted an escalation in violence in Lebanon but said all-out conflict remained unlikely for now.

“More car bombs and explosions will happen here and there. As for an all out war in Lebanon, I think it’s not possible in the near term,” he said.