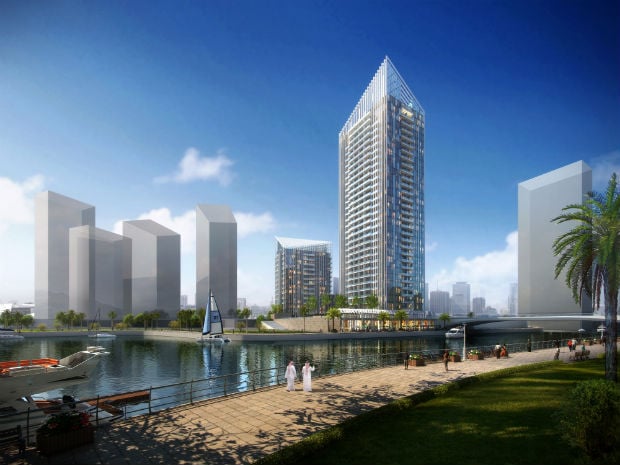 The towers, situated in Dubai Marina, will have a jeweled décor including sparkling lighting applications and crystal enhancements in the interiors, the developer said in a statement.

The project consists of two towers with the first one 29 storeys high while the second one has about 14 floors. A residential podium, which has around four floors, connects the two towers.

The development consists of two penthouses, 20 three-bedroom units, 116 two-bedroom units, 160 one bed units and 80 studio apartments. In addition, Sparkle Towers will also have around 10 retail units.

The project has a total built up area of 733,560.74 square feet and is expected to be completed by December 2016, the statement added.

Sun Engineering and Contracting has been awarded the main contract for the project while Mimar Emirates Engineering Consultants were named the architects for Sparkle Towers.

“This is an achievement not only for Tebyan and its treasured partner Swarovski, but also for all our future residents and visitors who we are putting on the top floor of luxury lifestyles, retail and architecture,” said Sheikh Adel Al Hussaini, chairman, Tebyan.

The company also said that it has received a positive response from the time of the announcement of Sparkle Towers.

“We believe our partnership with Swarovski has opened up new opportunities for us and for investors and realtors from across the globe,” said Naji Alia, managing director, Tebyan.

Dubai developers have been launching new projects with unique designs in a bid to woo buyers in the emirate’s booming real estate market.

In 2013, Cayan Real Estate Investment and Development launched the Cayan Tower or the Infinity Tower, a building that turns 90 degrees and is 306 metres tall.

The tower, which has around 80 storeys, is also situated in Dubai Marina and consists mainly of residences.