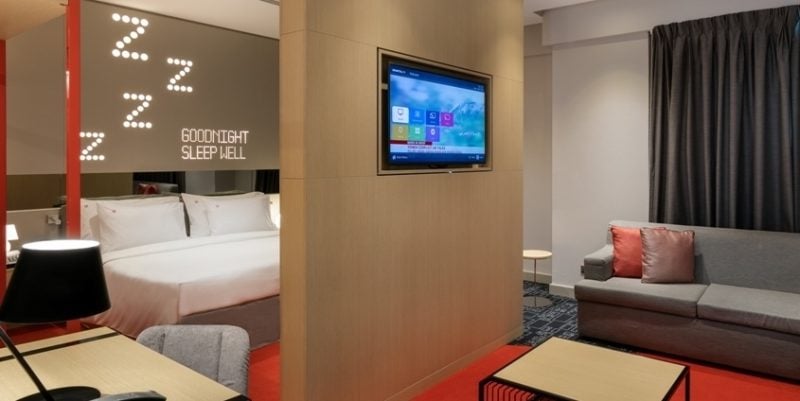 Studio M – a ‘budget lifestyle’ brand from Millennium Hotels & Resorts – has opened its first hotel in Dubai and the Middle East, and second hotel globally after Singapore.

With colourful animal-dotted sculptures in the lobby and room corridors, Studio M Arabian Plaza targets younger travellers and those seeking an affordable hospitality experience – although this sector has become increasingly competitive with the rapid expansion of Rove Hotels and Zabeel House by Jumeirah.

Adjoining the hotel, which is a short drive from DXB and very close to Al Qiyadah metro, are 100 apartments for long-stay guests.

The lobby features a digital wall behind reception, connectivity desk and grab and go area.

Rooms are equipped with ports and hubs for guests to stream content through 43 to 49-inch Smart LED TVs from their own mobile phones and laptops. Housekeeping and ‘Do Not Disturb’ buttons are also installed in the rooms, veering away from the conventional door hangers. A three-bedroom apartment is pictured. 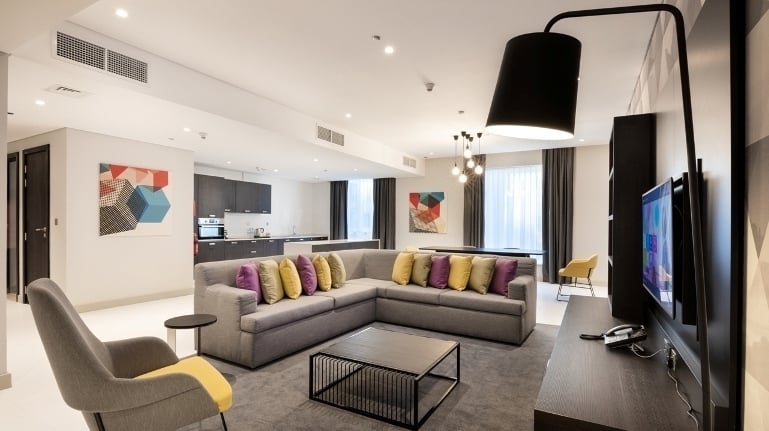 Meeting rooms, lap pool and fitness centre are available (but alcohol is not served). Special opening room rates start from AED249++ per night until December 26.