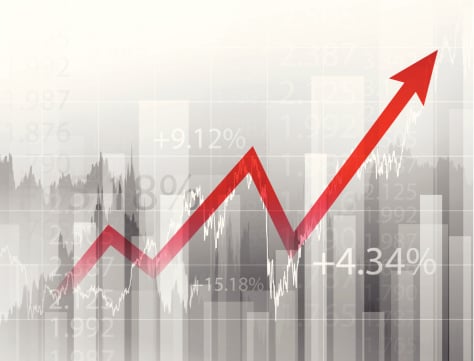 Stocks are poised to end 2020 at record highs as most Asian equities gained in curtailed trading on the last day of the year. The dollar traded at its lowest in two-and-a-half years.

Chinese stocks outperformed, with the benchmark CSI 300 Index at a five-year high as the country gave the green light to its first coronavirus vaccine for general public use, and data showed a steady economic recovery. The offshore yuan strengthened to the highest since June 2018. Stocks also climbed in Hong Kong and fell in Sydney. Markets in Japan and South Korea are shut.

S&P 500 Index futures fluctuated after US stocks climbed earlier, with small-cap shares outperforming. Volumes were light during the holiday week, with trading in S&P 500 shares about 25 per cent below the 30-day average. Bitcoin extended its record-breaking rally to surpass $29,000. Bloomberg’s dollar gauge consolidated at its lowest since April 2018 as traders squared currency positions ahead of the year’s end amid thin liquidity.

Investors have pushed risk assets including stocks to sky-high valuations this year on expectations that widespread vaccine distribution in 2021 will reignite economic growth and boost corporate profits, and amid unprecedented stimulus. The MSCI World Index of global stocks is set to end the year at or near a record high, having risen about 14 per cent in 2020 after surging almost 68 per cent since its March low.

“Investors continue to weigh stimulus hopes against negative pandemic developments,” Tom Essaye, a former Merrill Lynch trader who founded The Sevens Report newsletter, wrote to clients. “Markets have aggressively priced in a lot of positive resolution to these events (and more) in 2021.”

On the coronavirus front, global deaths from Covid-19 passed 1.8 million. Cities that had gone weeks without new infections, including Beijing and Melbourne, are now reporting clusters, and cases of the new, highly transmissible virus strain were identified in Singapore and California.

Elsewhere, the New Zealand and Australian dollars led gains against the greenback. Gold is headed for its best year in a decade as the dollar slides.