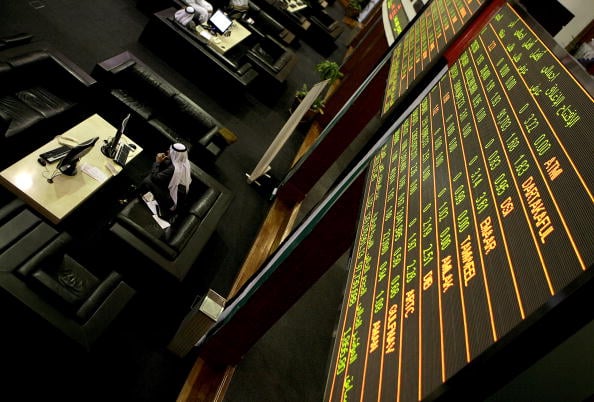 Speculative bets on Dubai builder Arabtec helped lift the emirate’s bourse in early trading on Sunday, while most markets in the region also edged up.

Shares in Arabtec jumped 2.6 per cent, dominating turnover in Dubai as the bourse’s main index rose 0.2 per cent.

“What’s happened to Arabtec is still to do with the speculation on who will buy the stake from (former chief executive) Hasan Ismaik,” said Sanyalak Manibhandu, manager of research at NBAD Securities in Abu Dhabi.

Ismaik, who quit in June, owns a 27.9 per cent stake in Arabtec and many investors hope he will sell it to a large state-owned entity such as Abu Dhabi state fund Aabar Investments, which already owns 18.94 per cent of the firm.

Abu Dhabi’s bourse was nearly flat. Shares in the emirate’s largest listed developer, Aldar Properties, added 0.3 per cent after the firm said on Sunday it would lease 607 apartments to Cleveland Clinic Abu Dhabi. Aldar did not disclose the value of the deal.

Qatar’s benchmark rose 0.2 per cent. Conglomerate Industries Qatar was the main support, gaining 0.7 per cent. The stock’s weight in MSCI’s emerging market index will double from the end of this month.

Shares in Qatar National Bank, whose index weight will increase by the same margin, rose 0.2 per cent.

Egypt’s market edged up 0.8 per cent on the back of blue chips such as Commercial International Bank, the country’s largest listed lender, which rose 1.2 per cent.