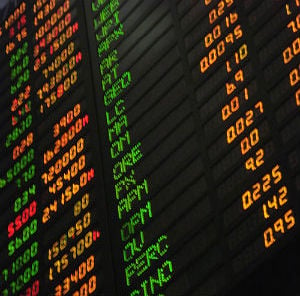 One of the Gulf’s smallest stock markets could become one of its best-performing this year as the government spends heavily to stimulate economic growth and create jobs.

Oman’s stock index edged up just 1.2 per cent last year. It outperformed Qatar and Bahrain, which fell, but lagged far behind a 19.9 per cent jump by Dubai and Saudi Arabia’s six per cent gain.

The Omani economy, however, can count this year on strong support from the government: Finance Minister Darwish al-Balushi announced on Wednesday a 2013 state budget that was loaded with job promotion schemes and infrastructure projects.

The budget envisages total state spending of OMR12.9 billion in 2013 – up nearly 30 per cent from the 2012 plan, and roughly level with actual expenditure last year, which came in well over budget.

The expansionary fiscal strategy carries risks; unless global oil prices stay well above $100 per barrel, Oman may end up posting a budget deficit in 2013, after enjoying surpluses almost every year in the past decade.

But some of the state money flowing into the economy is expected to boost companies’ earnings and line the pockets of investors, creating a positive environment for stocks.

“There will definitely be an impact from the increased budget spending on the market this year,” said Adel Nasr, brokerage manager at United Securities in Muscat.

“I think the banking sector and the industrial sector will both be affected, but mostly, the contractors will benefit. Once the projects start to be announced, you will see an impact on stocks such as Galfar, for example.”

Galfar Engineering and Contracting is a major construction company, which saw its shares rise 0.8 per cent on Wednesday after the budget announcement.

Another stock which could benefit, analysts said, is Bank Muscat, one of the country’s biggest lenders; its shares rose 1.1 per cent on Wednesday.

The Omani market’s main disadvantage is its size. The country’s population is only about three million and the regular section of the stock market has a capitalisation of just $20 billion – dwarfed by Dubai with $50 billion and Saudi Arabia with $375 billion.

That makes it harder to take big positions in stocks without moving prices, so many investors in the six-nation Gulf Cooperation Council go instead to the big markets – threatening to leave Oman starved of funds.

“All the focus for the GCC has moved to the more liquid markets, i.e. Saudi and the United Arab Emirates, for the time being,” said a fund manager at a major Gulf investment firm, declining to be named under briefing rules.

Another problem is that many Omani stocks do not look hugely cheap. Galfar is trading at about 20 times estimated 2012 earnings, according to Thomson Reuters data. Major UAE contractor Arabtec is at about 13 times.

But Oman has strengths. Along with Qatar, Oman improved the regulation of its market considerably in the past decade, and now ranks higher in that area than about three-quarters of global markets, according to a Deutsche Bank report in November.

Partly because of this, there is enough of a foreign investor presence in Oman to form a base for a bull run; 16 percent of the market was owned by GCC investors in December and a further 11 per cent by other foreigners, according to stock exchange data.

Technical analysis suggests the market is turning increasingly bullish. The stock index, which ended Wednesday at 5,766 points, broke on Sunday above major technical resistance around 5,720 points, where it had peaked twice in October and November.

Last week it triggered a major reverse head & shoulders pattern – a classic sign of the start of an uptrend – that was created by the lows since May. That points up in coming months to at least the 2012 peak of 6,045 points.

Most importantly, the government’s fiscal strategy appears to be succeeding. Oman’s gross domestic product, adjusted for inflation, grew an estimated 8.3 per cent last year, above the government’s seven per cent target, Balushi said on Wednesday.

The rate was considerably higher than most economists had predicted; the International Monetary Fund, for example, forecast in October that Oman would grow five per cent in 2012.

The strong economy boosted operating profits of companies listed on the stock exchange by 18 per cent last year, Balushi said in his budget statement.

The fund manager at the Gulf investment firm said that even if foreign investors remained preoccupied with bigger markets in the region, Omani investors were likely to buy stocks this year. “It’s an interesting market,” he said.