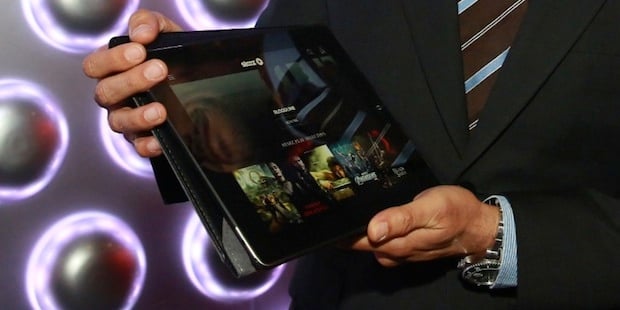 US-based online video streaming service Starz Play announced that it has signed a multi-year agreement with the American television studio CBS for exclusive digital rights to their shows.

As per the deal, Starz will stream premium content from Showtime and CBS in the Middle East and North Africa region.

All Starz Play subscribers will have access to the first two seasons of the ShowTime drama series such as Penny Dreadful, Ray Donovan and The Affair along with the three summer event series- Under the Dome, Extant and Zoo.

A number of these shows will premiere on Starz Play shortly after being broadcast in the US, the company said.

“This deal meets the rising demand for premium over the top content by the region’s burgeoning young population and recognises the unique opportunity the Middle East market presents,” said the president of Starz Play Maaz Sheikh.

Starz Play launched in April this year across 17 countries in the MENA region. It provides over 3500 hours of movies and TV series on up to five devices for the equivalent of $12.99 per month.

Buoyed by a demand for digital content, the MENA region is increasingly becoming an attractive market for online streaming sites like Starz. Experts say the region’s subscription service industry is further set to grow in the next few years.

According to a recent report by advisory firm Ovum, revenues from subscription video on demand service are predicted to grow 25 per cent annually by 2019. They will also account for 70 per cent of all OTT revenues in the region.

Although the region has a number of free and pay TV channels offering entertainment content, Ovum estimated that global players such as Starz and Netflix will play a larger role in the region through their content.

“We expect Starz Arabia to thrive in the MENA region given the quality of its catalog and its timing,” said senior analyst at Ovum’s TV practice Tony Gunnarsson.

“It will be under pressure, however, as will the rest of the industry, with the almost inevitable entry of Netflix.”