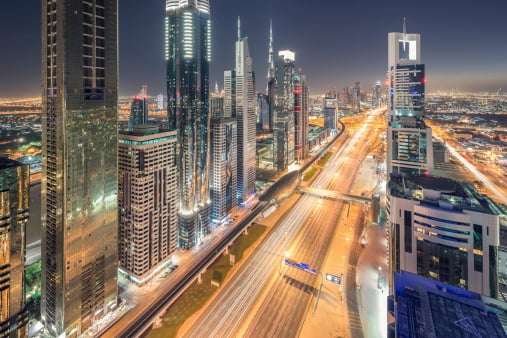 Starwood Hotels and Resorts has signed a deal with Dubai Properties to open four new mid-market hotel properties in Dubai.

The new hotels will be under Starwood’s Aloft and Element brands, the hotelier said.

Scheduled to open in 2018, the four new Aloft hotels and single Element hotel will total 816 rooms. The deal will expand Dubai Properties’ developments within the hospitality sector.

The three Aloft hotels will open in locations including Dubiotech and Dubai Studio City. Starwood is also planning to open an Aloft hotel and an Element hotel in the International Media Production Zone.

“The hotels under the Aloft and Element brands will offer two new concepts to the existing mid-market category in the emirate, which will emerge as a vital segment in the run up to Expo 2020,” said Dubai Properties CEO Naaman Atallah.

“The time is right to launch new hospitality projects as demand for new hotel rooms continues to increase and culminate around this major event.”

Mid-market hotel brands are tapping into favourable business conditions as Dubai looks to diversify from its majority-luxury hotel base.

Aloft, like other mid-market brands, is seeing strong growth prospects in Dubai and is spearheading much of Starwood’s growth in the Middle East. By 2019, Starwood estimates that its mid-market segment will quadruple in the region.

“We continue to experience increased worldwide demand for our mid-market brands given their global appeal for guests and strong performance,” said Starwood’s president for global development Simon Turner.

“This is particularly true for Aloft where signings have more than doubled globally versus the same time last year including a surge of signings in the Middle East.”

Starwood currently operates 51 hotels and resorts across the Middle East under eight of its 10 lifestyle brands. These include The Luxury Collection, St. Regis, Sheraton, Westin, W Hotels, Le Méridien, Four Points by Sheraton and Aloft.

The company has plans to double its portfolio in the region in the next five years. Dubai is Starwood’s second largest market after New York City with 15 operating hotels.