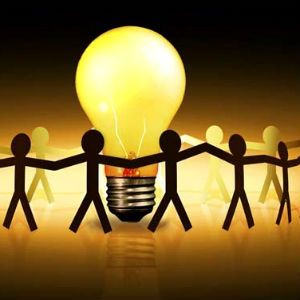 His frustration with typing and searching in his native tongue inspired Haddad to create Yamli.com in 2007, a web-based tool that allows users to type Arabic words from an English keyboard through a transliteration engine which converts words typed with Latin characters to their closest Arabic equivalent.

Yamli preceded Google’s transliteration service Ta3reeb, a major competitor to Yamli that uses similar techniques to allow users to type in Latin characters to get Arabic script. In October, Yamli crossed the milestone of two billion words typed using the tool service and the company has now evolved into enterprise products.

“The focus on Yamli in terms of revenue model has shifted from the online ad model to an enterprise model through selling tools around Arabic language for institutions like banks,” said Haddad. “We’re only at the tip of the potential for this technology.”

Now Haddad has moved on to become the CEO of Wamda, a platform that was created to connect and assist entrepreneurs but has evolved into a firm that plans to invest in early-stage startups. Private equity firm Abraaj Capital helped launch Wamda in 2010.

“The launch of the online platform opened our eyes to how much potential there is in the market and how entrepreneurs are being active,” said Haddad. “The evolution is natural from trying to solve one problem into seeing it could do much more, by growing and being a bigger part of the ecosystem.”

The surge in the number of Arab tech startups and students itching to become entrepreneurs and develop the next Arab Google is nothing new, but Yahoo! Inc’s acquisition in 2009 of Jordan-based Arabic portal Maktoob.com was one of the first to turn ideas into profits. Yahoo paid $164 million for Maktoob – more than tenfold the price the company was valued at in 2005, when Dubai-based private equity firm Abraaj Capital bought a 40 per cent stake in Maktoob for $5.2 million.

The acquisition has piqued the interest of several tech-startup investors in the Middle East and abroad.

Yahoo’s buyout of Maktoob got Jordan’s King Abdullah so excited he convened Jordanian entrepreneurs to help set up Oasis 500 in 2010, an entrepreneurial projects and investments company that seeks to emulate Maktoob’s success by providing early- stage capital to 500 Arab startups by 2015. The king has provided initial financial and technical support to Oasis 500, but the firm is run by private sector businessmen and has raised initial funding from investors from the region.

The appeal of Arab internet content, which was Maktoob’s forte, is a catalyst for growth for Arab tech startups, given that about one per cent of the total global online content is in Arabic. UAE-based Bayt.com, the Middle East and North Africa region’s largest online job site, is banking on its decade-long knowledge of the region’s growing online industry to expand its business from employment into e-commerce ventures. In less than a year from setting up group buying website, GoNabit, the firm managed to sell the venture to daily-deal firm LivingSocial for an undisclosed sum. Bayt has since launched another e-commerce website for mother and child and is looking at launching two more ventures, said the firm’s CEO and chairman, Rabea Ataya.

“Every time I look at the internet space I see how underserved we are in the Middle East,” he said. “There are lots of businesses that have worked elsewhere that have much more reason to work in the Middle East. Internet
penetration has grown, utilisation has increased, and the Arab population is increasingly using the internet to organise various parts of their lives.”

Bayt’s job website is also experiencing a growth of its own, attracting more than 6.5 million job seekers and over 30,000 employers and has expanded its revenue model to include non-job related advertising, salary products and technology licensing. Bayt’s success prompted Tiger Global Management, a US-based hedge fund that was an investor in Maktoob, to buy a significant stake in the firm four years ago. Ataya said he and the other owners do not intend to sell off Bayt just yet.

The burgeoning Arab tech scene tickled the interest of Yahoo’s former chief data officer Usama Fayyad, who left his job in the US in 2008 and returned to his home country of Jordan to invest in tech startup, d1g.com, a site that creates virtual communities and allows sharing of videos and other content. d1g or ‘Deewanji’ is an Arabic word that refers to someone who participates in socialisng in a community centre called diwan.

“There was a huge surge in usage because of the focus on new products, where we provided diwan products that allow users to create their own community for free,” said Fayyad. “By digitalising and putting content up on a platform, we actually get a migration of content online, enriching the currently poor quality of Arab content.”

Separately, Fayyad is chairman of Oasis 500, which aims to raise about $30 million from regional investors by 2015. While investors were initially hesitant to contribute to the first round of funding when it kicked off in early 2011 in the heat of the political unrest, the appetite grew over the summer last year. Oasis 500 raised $6.8 million, beating its own target of $6 million and attracted investments from individuals and companies such as Kuwait telecom operator Zain.

“For the first fund it was important to demonstrate that there is local and regional interest from private sector companies because they believe in the model and believe there will be returns in these investments,” said Fayyad.

In addition, the quality of startups that were presented to Oasis 500 were so good, the organisation decided to grant cash injections to 34 instead of the initial target of 10 in the first round, bringing the total so far to 44 companies.

“We found entry demand was higher than we thought and the investor demand was higher than we demanded,” said Fayyad. “That’s why we are looking at expanding into other countries because we believe there is demand from other entrepreneurs. We have begun discussions with a view to setting up incubation in Palestine, Tunisia, Dubai and Saudi Arabia.”

Fayyad also was surprised by the diversity of entrepreneurs presenting their business models.

“What we learned quickly is that our sweet spot of entries are basically mid- career managers,” said Fayyad. “Our most mature entrepreneur is someone who retired from the air-force.”

Fayyad is not alone is witnessing a growing trend of employees looking for opportunities to set up their own bus
inesses. As CEO of interactive advertising agency Flip Media, Yousef Tuqan works often with budding
entrepreneurs and companies that are seeking to get their message out to the business world.

“We definitely are seeing more people who want to start their own businesses. The fact that we can see deals being done, like GoNabit and Maktoob, helps,” said Tuqan. “The internet has been a great equaliser, giving people access to information and know-how they never had before and the ability to build a network and connect with like-minded individuals has never been easier.”

But trekking the entrepreneur road remains risky and time-consuming. Emirati entrepreneur Saif al-Zarouni helped co-found yadig.com last year, a social review website for hotels, restaurants, cafes, clubs and other
venues and services. He had to contend with labyrinthine legal channels, expensive company fees and other bureaucratic hurdles to get the firm off the ground in 2010. He finally turned to family, friends and his own cash pool to finance his startup and doesn’t expect to break even before year two of operation.

Al-Zarouni aims to grow this business from the UAE to the rest of the Gulf region and make yadig.com the most visited review site in the Middle East.

“There is a lot of red tape you have to jump through to set up your business, even in some of the free zones,” said al-Zarouni. “It takes time for sites to evolve and for people to start using them and trusting them.”

Al-Zarouni said entrepreneurs need to study their business plans carefully and make sure their financials are in order before they venture into a business, because making a profit could be a few years down the road. His words are echoed by Tuqan, who believes many would-be-entrepreneurs fumble because they lack a proper business plan that is needed to turn their creative ideas into money-making machines.

“People still don’t understand how to be entrepreneurs. A lot of us in the creative sector are passionate about our subjects, but may not have the experience or know-how to actually run a business,” said Tuqan. “The challenge sometimes is that people can be good at a creative or technical pursuit, but may not be good at running a business or managing cashflow. The money is available, what they need is knowledge, mentorship and guidance.”