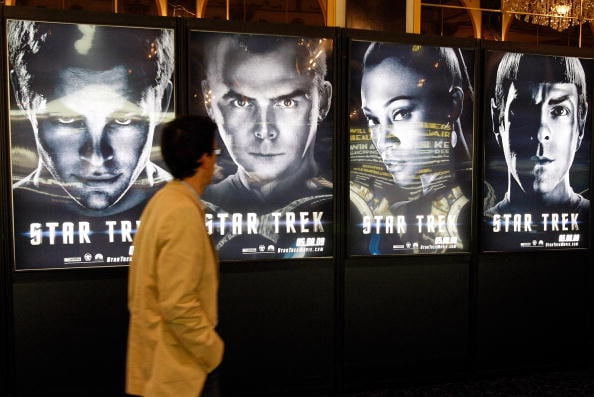 The third installment of sci-fi movie franchise Star Trek will be filmed in Dubai, the Dubai Film and TV Commission has confirmed after months of speculation.

The movie, directed by Justin Lin, is expected to be filmed in Dubai in October this year. Star Trek 3 is slated for release in the US and the UAE in July 2016.

A number of entities including DFTC, the Dubai Media Office, Dubai Tourism and Commerce and Marketing and the Dubai International Film Festival will work closely together to provide all of the necessary support to facilitate the filming, the emirate’s film commission said.

Dubai Studio City will provide technical support for parts of the film and location owners will be closely involved in supporting the filming across various areas, DFTC added.

“Not only will this shine the spotlight on Dubai and the UAE’s excellent locations, infrastructure and flexibility, but it will significantly boost the UAE’s economy, tourism and entertainment sectors,” said DFTC’s chairman and managing director of Dubai Studio City Jamal Al Sharif.

“Paramount Pictures joins the growing interest from regional and international filmmakers who are recognising the emirate as an established filming destination. This production will also provide a great opportunity for local talent to acquire new skills, and gain first-hand insight into the techniques and processes required for a film of this size.”

Dubai and Abu Dhabi are striving to be the regional hubs for film production as they look to attract international filmmakers by easing regulations and procedures.

In order to lure more filmmakers to the emirate, the Abu Dhabi Film Commission began offering first international projects a 30 per cent cash-back rebate on productions, including feature films, TV shows, commercials and music videos. This rebate also applies to airfares booked on Etihad Airways and accommodation in the city.

Such efforts have bore fruit as a number of international film production houses have expressed interest in working in the UAE.