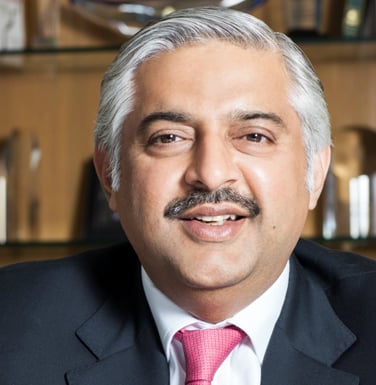 Standard Chartered has appointed Mohsin Nathani as the new CEO for UAE following the resignation of Jonathan Morris, who left to pursue other career opportunities, the bank announced on Monday.

Nathani’s appointment is effective as of February 1, 2014.

Nathani previously served as the CEO of Standard Chartered Pakistan, and prior to joining Standard Chartered Bank in 2010, he was the country head and managing director of Barclays Bank in Pakistan and has experience in corporate banking, fixed income markets and Islamic Banking.

“Having worked for Standard Chartered in recent years, including managing Pakistan, which is one of our largest franchises, I am privileged to now lead the UAE business, Nathani said in the statement. “I have previously worked in the UAE and I am pleased to return to a place that both my family and I are very fond of.”

Standard Chartered, which has 1,700 offices across 70 markets, makes more than 90 per cent of its profit in Asia, Africa and the Middle East. Established in the UAE in 1958, it is one of the country’s oldest banks.