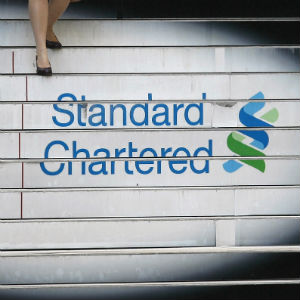 Standard Chartered has sought a full commercial banking licence from the Saudi central bank as the UK lender aims to plug the biggest gap in its growing Gulf Arab business, two sources familiar with the matter have said.

With multi-billion dollar spending plans to beef up infrastructure, housing and education, Saudi Arabia tops the list of global institutions seeking to tap growth in the oil-rich Gulf Arab region.

The kingdom is also on the verge of opening up its stock markets to foreign direct investors.

StanChart received a capital markets licence in the kingdom last year and has set up a team on the ground, but a full banking licence would enable the bank to offer a variety of services to the growing Saudi population.

The bank applied for a licence from the central bank more than a year ago but has yet to hear back, one of the sources said, speaking on condition of anonymity as the matter has not been made public yet.

A spokesman for the lender in Dubai declined to comment.

The London-headquartered bank, which makes more than three-quarters of its profit in Asia, posted its ninth consecutive year of record earnings in 2011 on the back of buoyant growth in Hong Kong and Singapore, although rising competition for staff pushed up its wage bill.

The Saudi banking sector is expected to post higher revenue in 2012, fuelled by higher loan growth and fee income and falling provisions for bad loans, NCB Capital said in a report in December.

StanChart was reportedly considering bids for Royal Bank of Scotland’s 40-per cent stake in Saudi Hollandi Bank in 2008.