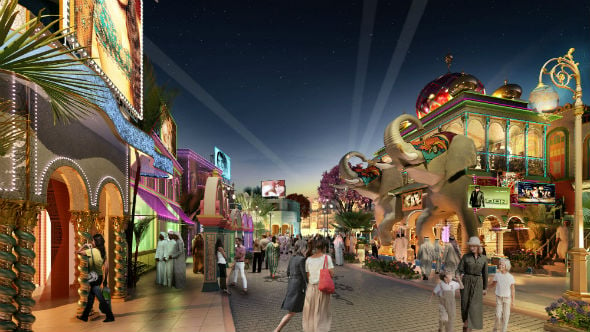 Under the agreement, the company will operate the Hollywood-inspired Motiongate Dubai and Bollywood Parks Dubai, a statement said.

Parques Reunidos, which manages 54 theme and amusement parks, water parks, zoological and marine life parks around the world, currently operates primarily across Europe and the US and the new deal marks its first foray into the Middle East.

Yann Caillère, CEO of Parques Reunidos, said: “The Middle East region offers exciting prospects for the leisure and entertainment industry, and we have been planning our regional foray for some time now.

“As our first venture in the Middle East, Dubai Parks and Resorts holds a special place in our hearts and is an important step in our phased expansion strategy into growing markets.”

Spread across four million square feet, Hollywood-inspired Motiongate will feature four zones, including a DreamWorks Animation zone and a Sony Pictures Studio and Smurfs Zone. With a total of 27 attractions, and retail, dining and entertainment options, the park is anticipated to attract three million visitors a year.

Raed Al Nuaimi, CEO of Dubai Parks and Resorts said: “Motiongate Dubai and Bollywood Parks Dubai are unique projects that will alter the entertainment landscape of the region.

“Parques Reunidos has years of expertise in global theme park operations that we hope to leverage to recreate the glory and splendor of Hollywood and Bollywood movies in an interactive form to enthrall visitors.”

Dubai Parks and Resorts unveiled the blueprint of the mega leisure and entertainment destination in September 2014. Located in Jebel Ali between Dubai and Abu Dhabi, the Dhs10 billion complex is expected to attract five million visitors in its first year of operation.