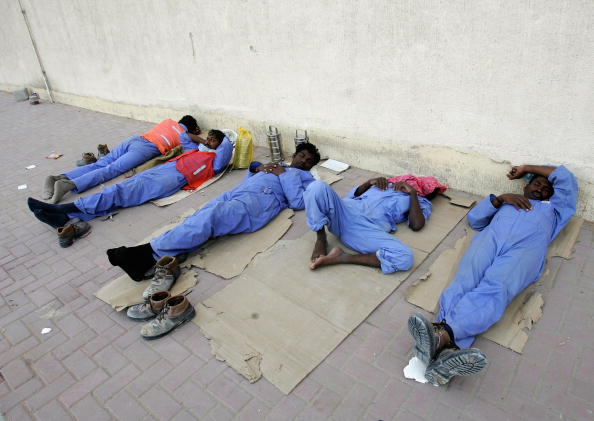 Thousands of South Asian labourers working on the expansion of Muscat airport resumed work on Wednesday after authorities agreed to improve safety conditions at the site, workers said.

A company official and workers said thousands of labourers had downed tools on Tuesday demanding better safety conditions after a colleague was killed in an accident. But the company said the workers were given the day off to mourn for the deceased colleague.

“We are assured by the company that an investigation is being conducted and safety issues will be improved at the airport,” Mohan Raman, a BEB worker told Reuters. “That is the reason we are back to work today.”

Abhinav Akshay, another labourer at the project, said: “We have been assured that safety standards will be revised so we can work without fear of injuries.”

“Our supervisors told us that the safety environment will be better from now on. We agreed to go back to work today because of that assurance,” Jagdip Mohanlal, a third BEB worker told Reuters.

Mike Lewis, BEB project director, confirmed the workers had returned to work, but denied the work stoppage was a strike.

“We gave them a day off yesterday to mourn for one of their colleagues out of compassion,” he said on Wednesday.

The work stoppage raised concerns it could further delay the $1.8 billion contract to build a new terminal, which the Omani government awarded in 2010 to BEB, a joint venture between U.S. company Bechtel, Turkey’s Enka and the Omani company Bahwan.

The extension of Muscat airport was originally scheduled to be completed by end of this year, but officials said last year it was expected to take until the end of 2014 because of soft ground in the middle of the new runway.

Strikes are rare in Oman and other Gulf Arab states, which employ million of South Asians, mostly construction workers.