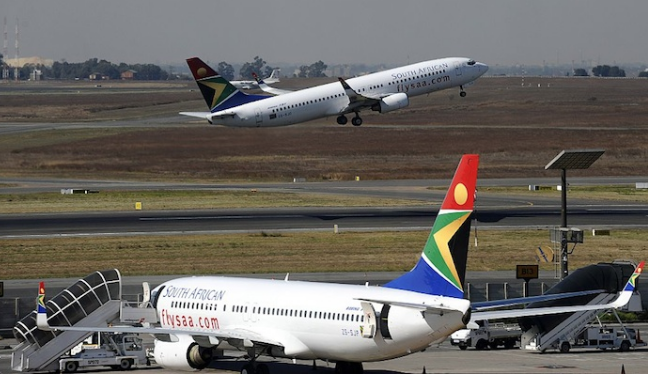 South African Airways has scrapped its code-sharing deal with Etihad Airways and will suspend flights between Johannesburg and Abu Dhabi next month.

The airline said the route was “not sustainable” and that it did not register adequate demand from passengers.

SAA will cease to operate to Abu Dhabi airport from March 1, 2016, it confirmed.

An Etihad spokesperson confirmed in a brief statement that the airline has received verbal notification from SAA of its intent to cancel its codeshare agreement.

Etihad passengers who are currently booked on flights operated by SAA will be honoured up until the completion of the contractual arrangement, the statement added.

The two carriers signed a partnership in May 2013 and SAA introduced a daily flight between Johannesburg and Abu Dhabi in March last year.

However, the African carrier said it has implemented adhoc cancellations on the route since October 2015 to meet different demand patterns.

“The airline has refined its long-term turnaround strategy with specific focus on its network and fleet plan as part of its ongoing efforts to implement its Africa growth strategy,” SAA acting chief executive officer Musa Zwane said.

The airline filed an application and later received approval from its shareholder to exit the Abu Dhabi route.

“The decision to first reduce capacity was intended to strike a balance between the interests of our customers by providing a service, albeit a limited one and to avoid increased operating costs associated with a daily service. The anticipated high demand simply did not materialise,” said Zwane.

“We are confident that most routes previously served through the code share [with Etihad] can be accommodated through SAA’s other code share partners and within the Star Alliance,” he added.