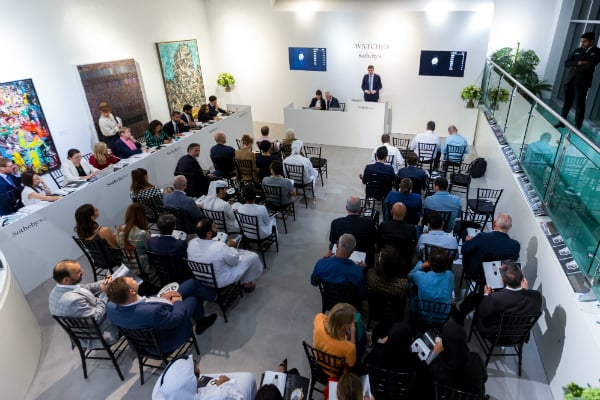 US-headquartered Sotheby’s raised $2.6m at a watch auction in Dubai on Monday.

The company’s introduction of watch sales to the Middle East is due to the growing demand for luxury watches and a growing base of regional collectors.

In total, the sale attracted participants from 25 different countries across the world, 25 per cent of which were new to Sotheby’s.

“Our first sale in the Middle East and it has been a fantastic opportunity to share our passion with both established and new collectors,” said Sotheby’s head of watches Sam Hines.

“The results achieved tonight not only demonstrate the deep interest in watches in the region but is also a further testament to the global appetite for exceptional timepieces we have seen since the beginning of the year.”

The sale was led by independent watch manufacturers Richard Mille and Maximillian Busser and Friends (MB&F), which over the years have revolutionised luxury watchmaking.

Richard Mille was only formed in 1999 and is already one of the leading brands in watch making, selling high-end custom luxury sports watches to many sportsmen.

Three Richard Mille watches were sold at the auction. The RM004 Felipe Massa, sold for $162,000, features a titanium semi-skeletonised split seconds chronograph, sporting the calibre RM004-V2 and was originally designed for F1 racing.

One of the most valuable watches that sold at the auction was a very rare, limited edition Chopard L.U.C. Tourbillion which went for $218,750 at auction. The L.U.C. 4T calibre is unmatched for its reliability and precision. The tourbillon carriage of this watch is made of 62 parts and its balance oscillates at a rate of 28’800 vibrations per hour.

Sotheby’s said it would hold its next Dubai watch sale in March.