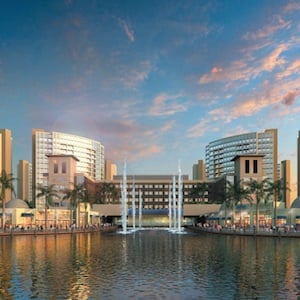 Sorouh, the second largest property developer by market value in Abu Dhabi, made a first-quarter net profit of 83.6 million dirhams ($22.76 million) compared with 64.3 million dirhams in the same period in 2011, it said in a statement on the Abu Dhabi bourse Sunday.

However, the earnings missed forecasts of four analysts who average expected net profit of 87.83 million dirhams for the quarter, according to a Reuters poll.

Quarterly revenue doubled to 967.2 million dirhams, with revenue from national housing projects generating 62 million dirhams in gross profit for the quarter. The developer said it was on track to reach its target of 500 million dirhams of recurring income by 2014.

Sorouh, which entered into merger talks with Abu Dhabi’s largest developer Aldar last month, said the talks are underway, but did not give any further details.

“The evaluation process to look at the legal and business aspects of a potential merger is now underway and the ultimate outcome of this process will take into account the best interests of shareholders,” the company said.

Aldar more than doubled its first-quarter net profit on land and residential sales to the government.

Abu Dhabi-based property firms have relied heavily on government projects to rescue them from a property market slump witnessed in the emirate.

Property prices in Abu Dhabi are expected to fall another 11 percent from here, a Reuters poll showed in January. Sorouh shares have risen 31 percent year-to-date on the Abu Dhabi bourse.