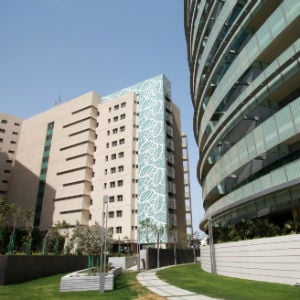 Sorouh, one of Abu Dhabi’s largest property developers, said that it expects residential rents in the emirate to reduce further this year.

“Rents [in Abu Dhabi] are dropping and when people want to look for a good value proposition, they will look where the rent is best,” he told Gulf Business.

The lower rents have led to a reversal in the trend of Abu Dhabi workers living and commuting from Dubai, he said, adding that roughly 10 to 12 per cent of the residents have swapped location between the two UAE hubs to date.

“This trend will start to increase over time,” he added.

According to Singh, it is too early to judge when the Abu Dhabi market will bottom out.

“It’s still very speculative now, we can’t say when [the correction will take place]. By the end of this year one would have to monitor very carefully the amount of supply that will come onto the market and you need to tally that against the number of government pumped projects that are being slated to come on stream.

“Once the [supply] comes on you’ll know whether there’s a better derived demand. There has to be a soak up of these units that are coming onto the market,” he said.

“Abu Dhabi is turning the corner very slowly, especially in some of the subsectors. I think in the one and two bedroom subsectors, the rents have come down to a level where you see demand coming from the workforce sectors, which are the most marketable,” Singh added.

Sorouh’s portfolio is particularly attractive from a rental point of view rather than the sales market, he said.

Sorouh, which is in the process of a merger with property developer Aldar, will release its financial statements next week.