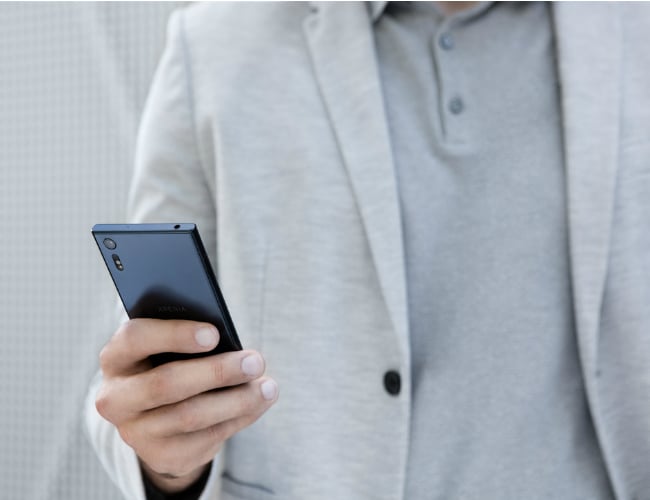 Japanese technology firm Sony has launched its latest flagship smartphone, the Xperia XZ, in the UAE with the intention of making traction at the top end of the market.

It will compete for sales with Apple’s new iPhone and the Samsung Note 7, which has been hit by product recalls due to battery overheating issues, in the premium market.

“We did a lot of consumer research in the markets that we focus on and unanimously camera comes out really highly in terms of what people want from a smartphone,” Sony Mobile MEA vice president Jason Smith told Gulf Business.

“It’s the same with battery. I think battery life is one of the biggest pain points for everybody. So we’re able to offer a solution that not only gives extended battery life but also extends the lifespan of your battery.”

He declined to give sales numbers or projections for the new device but said the company had increased its market share by 1 to 2 per cent in “recent months” in the UAE.

The shutter speed has also been improved to capture shots in 0.6 seconds and new manual settings are designed to allow greater creativity in photo taking.

Other features include the return of water resistance after a period where Sony, which was the first to introduce water resistant smartphones, removed the feature.

There is also a fingerprint sensor on the side power button and a new battery care mode claimed to improve battery health by pausing the charge cycle at 90 per cent until just before the device is needed.

Sony has drawn little attention to the phone’s other specifications, including its 5.2-inch 1080p HD display, Qualcomm Snapdragon 820 processor and 3GB of RAM. Although this may be because they lag behind the quad-HD screens and upped specs offered by other Android manufacturers.

The Xperia XZ is available in stores from September 29 with a price tag of Dhs2,299. Free accessories are being offered to preorder customers.