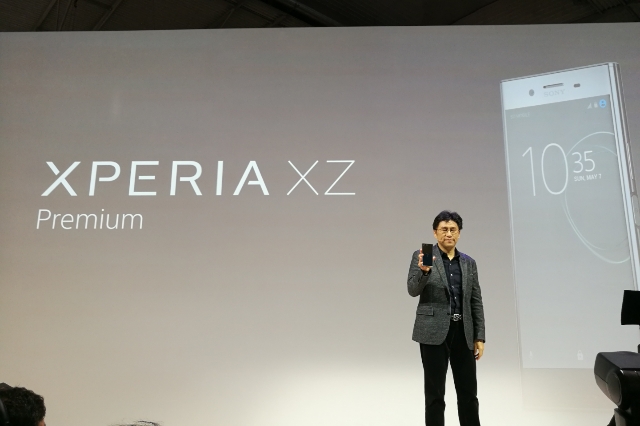 The Xperia XZ Premium, unveiled at a packed press event at Mobile World Congress in Barcelona, will compete with high end Android handsets launched by rivals Huawei and LG yesterday.

As the name suggests it is a step up from the company’s XZ device, launched in the Gulf region in September.

Read: Sony’s Xperia XZ launches in the UAE with an eye on the premium market

This allows video recording at 960 frame per second for playback that is said to be four times slower than other devices on the market.

The XZ Premium’s other standout feature is its 5.5-inch 4K HDR screen offering sharper colours and clarity. Although it was unclear how this would affect the device’s battery life

Sony has partnered with Amazon’s Prime platform to offer 4K. video streaming and said the device would be able to offer download speeds of up to 1Gbps thanks to a new Qualcomm 835 chipset.

The new chip is claimed to offer greater battery efficiency and performance.

Hideyuki Furumi, the company’s EVP of global sales and marketing, said the device would launch in the Spring but gave few other details.

Pricing was not disclosed.

Separately the manufacturer also unveiled a new projector with touch sensing technology for gaming on surfaces and other functions and a new version of its Ear bluetooth companion.