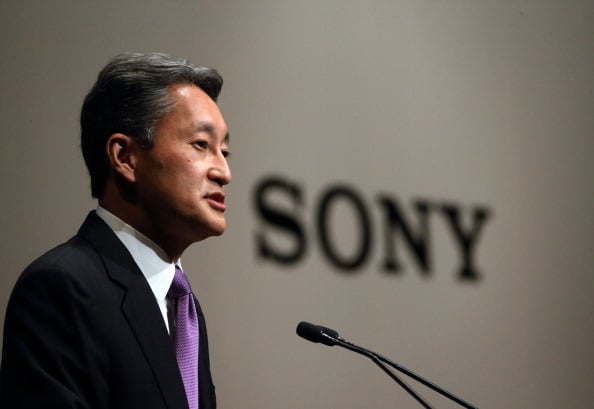 Sony Corp could take on an equity partner in its TV unit, which has racked up losses every year for a decade, but the Japanese consumer giant was not thinking about selling or exiting the business, its chief executive said on Thursday.

Sony plans to turn its struggling TV business into a separate entity – Sony Visual Products Inc – within a few months to boost transparency.

The splitting off of its TV unit had fired up speculation about a sale, which CEO Kazuo Hirai sought to dispel.

“We are not thinking about selling our TV operations or shutting them down or anything like that,” he said.

“We’re doing business in the competitive environment of a market. I wouldn’t rule out the possibility of an equity tie-up, but right now we are not doing business under the assumption that would happen.”

Hirai, speaking on Thursday at a briefing outlining Sony’s annual strategy, acknowledged TV sales could fall below the company’s forecast for an industry-beating 20 percent rise this fiscal year.

He said, however, that Sony had restructured the business so it could withstand external shocks.

“We’re aware of criticism that the TV target of 16 million units this fiscal year is too high,” he said.

“Even if those risks on volume are borne out, we’ve put in place the capacity to minimise the impact on profitability in the TV operations.”

Sony, roundly criticised for its habit of making overly optimistic forecasts that it repeatedly fails to meet, has pledged that a blast of restructuring in its electronics division this year will return the troubled unit to profit.

The company said it would be possible to expand operating profit threefold in the 2015/16 business year to 400 billion yen, with its aggressive restructuring expected to yield annual cost savings of 100 billion yen.

Hirai’s newly appointed CFO Kenichiro Yoshida said the company did not plan to change the focus of its electronics division away from the three core businesses of mobile, imaging and games through the next fiscal year at least.

Hirai also reiterated that there were also risks in the volatile smartphone market and that Sony would monitor conditions carefully.