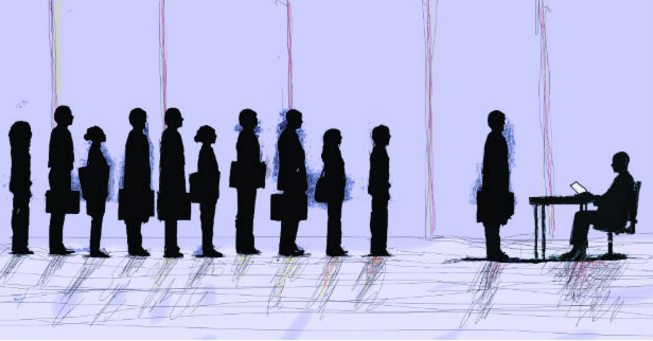 The Middle East and North Africa has the highest youth unemployment rate in the world, at 27.2 per cent, a report from the World Economic Forum shows. And there could be worse to come. Failure to create 100 million jobs by 2020 could result in jobless young people being a real liability, the organisation warns.

The Arab Spring protests by disenfranchised young citizens are still fresh in the mind of regional governments, which are investing heavily in education. They are also encouraging the private sector to employ more workers. But, as candidates filter into the market, it has become evident that they are ill prepared for the workforce.

According to a survey conducted by Gallup for the Qatar-based World Innovation Summit for Education initiative, only 39 per cent of regional experts in educational policy believe that universities are preparing students for the workplace.

Saudi-based start-up Glowork’s co- founder Khalid Alkhudair could not agree more. “There are educated men and women [in the GCC] but the unfortunate part is that we are not giving them the right tools to enter the labour market.”

A pressing problem is not the lack of investment in university education but the absence of career counselling services for students to integrate into the labour market, he tells Gulf Business.

“Around 63 per cent of women in Saudi pay someone to write their resumes for them after graduating and that shows that there is so much lacking. Internship opportunities for men and women are scarce and universities are not taking it seriously either. And when [these students] graduate they take up to a year to understand what the working environment is like. Through internships or working part time while studying they would get a better sense of the working environment. Unfortunately there isn’t anything like that.”

The majority of respondents polled by WISE also agreed that the lack of internship opportunities was one of the major challenges of post-secondary education.

But should universities shoulder all the blame for not preparing students?

An overwhelming number of experts polled by WISE note that training to engage young people in the workplace should start as early as primary and secondary school. But the Middle East’s and even the GCC’s schools are not equipped to do so.

“What is fundamentally wrong is we have an education system that is mod- elled on the 20th century,” argues the World Bank group’s education practice manager for the MENA region Safaa El-Kogali.

“It was set up in a way to produce administrative officers in the public sector who would follow orders and do bureaucratic tasks. That is what the system is doing – preparing students to do all of this. Everybody was [previously] guaranteed a job once they graduated because fewer people were going to schools at that time. At some point it was not sustainable as the public sector could not hire everybody.”

She says that the region’s sudden requirement to create jobs has thrown light on the quality of education, especially in schools.

In a list ranking the quality of school education by the Organisation for Economic Cooperation and Development, the United Arab Emirates took the highest position in the region at 45th out of 76 countries.

Given the even more dismal performance from other Gulf countries, El-Kogali says that it is high time that the region finds a renewed education model. This would teach students 21st century skills to help them survive in the job market including communication and adaptability.

There are some signs of progress. Recently the Abu Dhabi Education Council announced a partnership with Google to teach coding skills to school students, helping them to realise their aptitude early on. These investments are expected to help develop a workforce that will support the GCC’s diversification targets.

“As a country, if you are investing a dollar your return is higher if it is in the earlier stages. The cost of trying to remediate a lack of learning earlier on is so much higher than an earlier investment,” explains El-Kogali.

As Gulf governments battle with low oil prices, many are looking towards small and medium businesses to shoulder the burden of job creation. But industry experts say that it could be a while before entrepreneurship is the engine of job creation in the region.

“Choosing entrepreneurship as a career choice is not a priority, there are other opportunities that are more privileged,” says Qatar Business Incubation Centre’s chief executive Aysha Al-Mudahka.

The government-backed QBIC, par- tially funded by Qatar Development Bank, is a mixed incubator launched in 2014 to help develop the next QAR 100m companies in the country. The initiative has invested around QAR 1.3m in a year and has incubated nearly 40 start- ups run by Qatari entrepreneurs. But Al Mudahka says the bigger challenge is to instil a mindset to accept failure.

“We need to educate entrepreneurs that it is okay to fail and try again,” she says. Others suggest this mentality should be fostered from a school-going age.

“I would start entrepreneurship edu- cation even before secondary school because it is a mindset. If you instil the idea of entrepreneurship early on then [the government] will get the kind of diversification it needs for the economy,” El-Kogali says.

Some are taking notice. In a panel discussion at the WISE summit, Saudi-based Tatweer Education Hold- ing’s chief executive Dr Mohammed bin Abdullah Zughaibi said that the organisation recently introduced entrepreneurship lessons across some of the schools it manages.

“We don’t have any results from these programmes yet but the informal feedback from students and teachers is good,” he said.

Although regional governments cannot shoulder the burden of job creation alone, early investments in education could pay dividends further down the line.