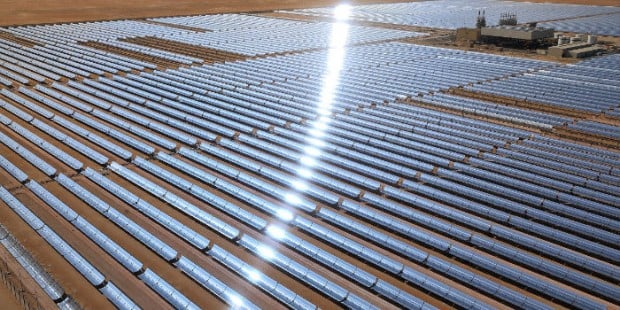 The current implementation of solar power in the GCC would result in a market potential of more than $50 billion for local services and products, according to a Frost & Sullivan study.

Engineering procurement and construction (EPC) has the highest localisation potential, given their dependence on manpower, which is usually localised. Mirrors and components have the second largest local potential, the report said.

According to Frost & Sullivan, localisation will lead to the creation of employment opportunities, development of intellectual capital within the region and development of core and allied industries of solar power systems.

Adequate availability of funds, such as public funds or fiscal incentives, is likely to contribute towards the success of localisation in the value chain, the report said.

However, renewable energy in the region is currently facing hindrances such as a decline in oil prices, insufficient commitment on the part of governments, insufficient local research on increasing energy efficiency and costly storage solutions.

“While many challenges exist that could delay or reduce the adoption of renewable energy in the Middle East, however, Frost & Sullivan believes none of these are insurmountable and can be mitigated through focused planning and implementation,” the report said.

“Success will largely depend on how governments in the region set up infrastructure to promote the adoption of renewables. Additionally, government support in setting up policy frameworks to support localisation would be critical for development and fostering a localised value chain.”

The report also said that the private sector participation in the form of technology transfer and partnerships would play an important role in promoting localisation in the Middle East’s renewable energy sector.

“Frost & Sullivan recommends that with the promise of job creation and human capital development, localisation of the renewable value chain is a critical evolution for the GCC and should be of utmost priority for the region.”

Fueled by infrastructure development, industrialisation and population growth, the Middle East is expected to increase its installed power generation capacity from 234 gigawatts in 2010 to 345 gigawatts in 2020.

Renewable energy is expected to contribute 9.5 per cent to the region energy mix by 2030 with solar energy constituting a major share.