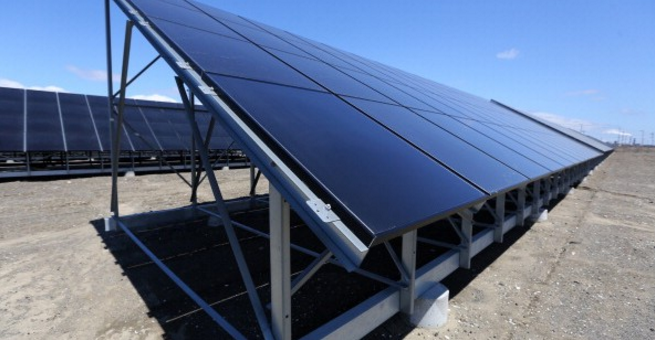 Despite record low prices for hydrocarbons, with oil dropping below $30 a barrel last month, renewables companies in the region are not concerned that the sector will be hit.

However, speaking at this year’s World Future Energy Summit in Abu Dhabi, the founder of the company’s London- based research arm Michael Liebreich said he did not expect an enormous step change in 2016 due to headwinds from very low oil and gas prices. “There is a lot of natural gas coming into the market internationally,” he added.

Market players were more confident, however, with impending new projects in Dubai, Abu Dhabi, Jordan and Morocco giving them cause for optimism.

“If the oil price dips, one would assume relatively speaking the cost of renewables has increased and therefore become less affordable,” said technical assessment and advisory company DNV GL’s area manager energy advisory, Mohammed Atif. “We are actually seeing some commendable maturity within the region and governments are looking long-term.”

The United Arab Emirates government has pledged to generate 24 per cent of its energy from clean sources by 2021 and Morocco has targeted 52 per cent by 2030. Others like Saudi Arabia have pushed back their diversification plans, including the installation of 41GW of solar capacity, to 2040.

“Net importers have learned their lesson over the years. They need to have a diversified portfolio. It may not be a 30 per cent [renewable] target today because oil is not really expensive, so it can be 15 per cent. But the minute you see oil prices start to move up all this can shift again,” he said.

Others at the summit pointed to the reduction of government subsidies in the region this year as cause for optimism.

“As government budgets decline, the realisation that we can no longer inefficiently spend money to produce low cost electricity using hydrocarbons is quickly being realised,” said photovoltaic system integrator Enviromena’s chief executive Sami Khoreibi. With that realisation, solar becomes yet more competitive not just from a green perspective but really comparing our price to other sources of energy.”

The International Renewable Energy Agency said last month that Gulf countries could save as much as $87bn from lower oil and gas consumption, and create an average of 140,000 jobs a year if they achieve their goals for renewable use by 2030.

Atif said that governments in the region no longer want to be affected by swings in resource prices and would continue to diversify as a result.