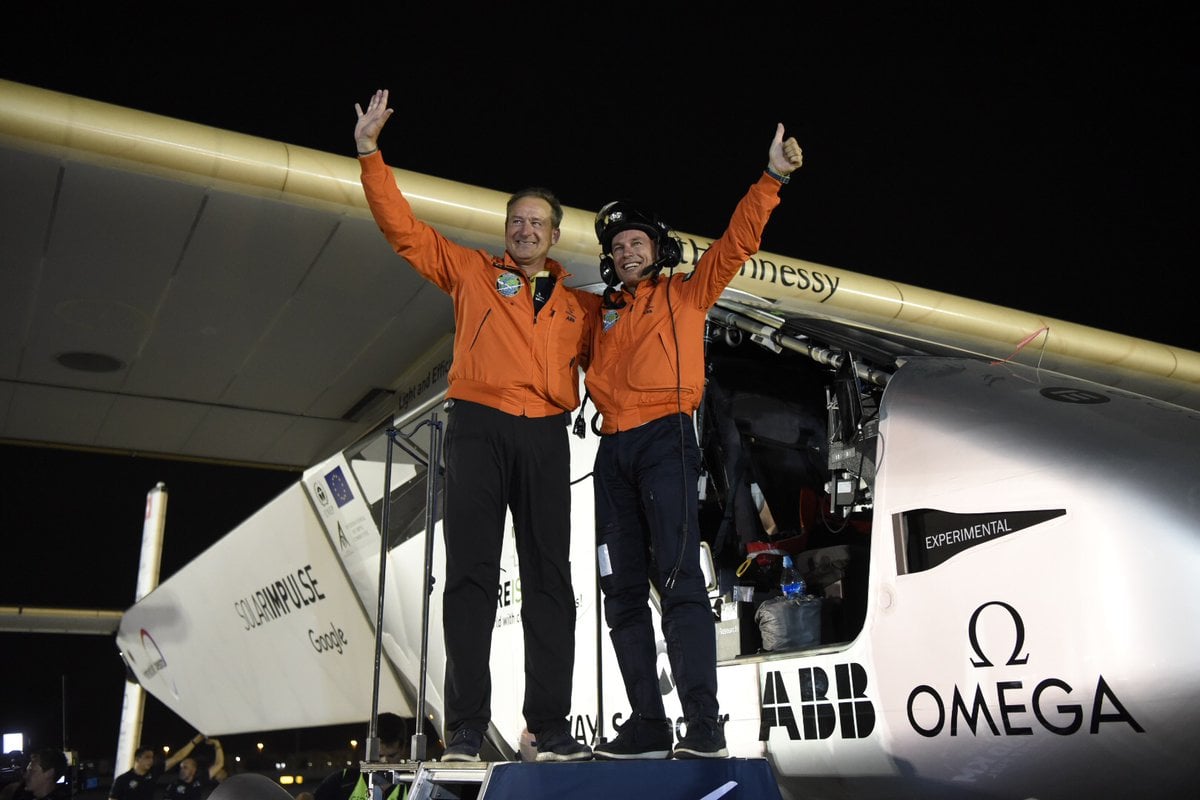 Solar Impulse 2 has completed its round-the-world trip powered only by the sun after landing at Abu Dhabi’s Al Bateen Airport on Tuesday morning.

The zero-fuel aeroplane set off from Cairo, Egypt at 3am UAE time on Sunday and completed one of its most difficult legs due to turbulence throughout the flight.

It has taken the craft more than a year to complete its historic journey with co-pilots Bertrand Piccard and Andre Borschberg flying a combined 42,000km and 500 hours during the 17 legs.

“This was a life-long journey for me. This was a moment that I dreamt about and that I wanted to share with everyone in a message that the future is clean,” Piccard was quoted as saying.

During the trip the Swiss co-pilots broke nine records, including the landing in Abu Dhabi.

The final leg was described as one of the most difficult due to turbulence, with Piccard flying the 48 hours without sleep.

The craft was originally due to land in Abu Dhabi on Sunday July 18 but was delayed by bad weather conditions and later a stomach bug afflicting the pilot.

Upon landing, however, he described the final leg as more emotional than difficult.

During the flight, the plane’s mission control room in Monaco held a small concert with violinist Zhang Zhang to calm his nerves. 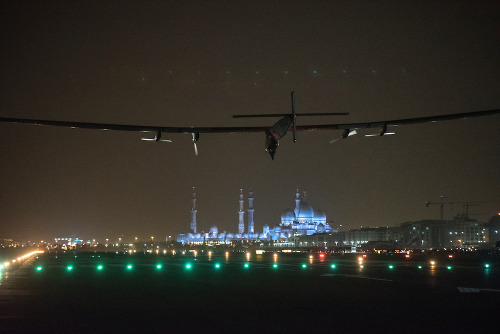 After landing in Abu Dhabi he proceeded to hug the members of the Solar Impulse 2 team.

In a statement released this morning IRENA director general Adnan Z congratulated all those involved.

“Solar Impulse has raised awareness about the promise of renewables, showing that they can provide sustainable, reliable energy. It has also pushed technological boundaries forward and is a testament to the importance of innovation and international cooperation in realising a sustainable energy future,” he said.