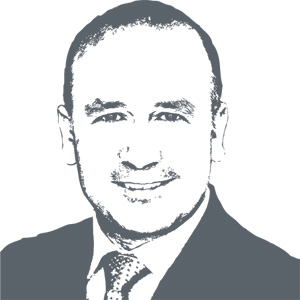 Like their counterparts in other Gulf Co-operation Council (GCC) countries, the governments of the UAE are facing up to the significant long-term challenges posed by the labour market.

They have long promoted emiratisation – the employment of locals rather than expatriates. They are also keenly aware of the need to encourage the creation of jobs given the country’s demographic profile.

In the UAE, as elsewhere, SMEs play a central role in the generation of new jobs and the provision of opportunity. They encourage entrepreneurship. Some of them are corporate giants of the future.

According to data compiled by global banking giant HSBC, there are around 204,000 corporate entities in the UAE. Of these, perhaps 174,000-201,000 would meet a widely accepted definition of what is an SME. SMEs already play a crucial role in this country’s economy.

Recently, we hosted a roundtable for our clients, SMEs and Aggressive Growth, which looked at the challenges that need to be overcome if the opportunities are to be maximised. Put another way, we considered what are the changes that need to be made if the UAE is to become a utopia for SMEs – and, very possibly, well before the other GCC countries.

One issue is that, relative to their counterparts in other parts of the world, the UAE governments (and, for that matter, their counterparts elsewhere in the GCC region) do not have tax revenues that can be recycled as assistance to SMEs. In other countries, in Europe, North America and Asia, governments see support of SMEs as an aspect of fiscal policy.

Another problem is that the upfront costs that new SMEs must bear – such as license fees and visa fees – are unnecessarily high. Office costs and ongoing expenses in Dubai, Abu Dhabi and other major centres are also high.

Our roundtable also highlighted how banks and financial institutions need to change the way in which they think about SMEs in this country. Too often they see SMEs as being too risky to support. Crucially, though, SMEs usually have access to bank funding in other parts of the world.

Above all, it is quite often difficult to find and retain suitable managerial talent. In this part of the world, many of the entrepreneurs are expatriates, with strong links to other countries. The absence of modern bankruptcy laws means that these people have a strong incentive to leave for good – and quickly – if things go wrong.

In short, the challenges are significant. However, they are easily identifiable. Because of this, they are also soluble. Relatively few legislative and regulatory changes could have a very positive impact on the operating environment for SMEs in this country. The UAE could, indeed, become an SME utopia.