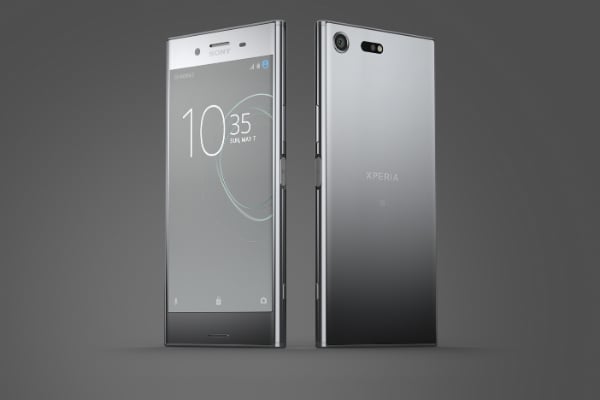 Upon opening the box of the Xperia XZ Premium I wasn’t really sure what to think.

In front of me was a device with the same minimalist metal aesthetic I’d praised 10 months before in a review of the Xperia XZ but it was not necessarily conjuring the same feelings.

As I came to conclude, this was partly because the design had not necessarily stood the test of time.

In contrast to recent Android flagships that have squeezed larger screens onto a smaller body, the large top and bottom bezels of the XZ Premium seem a little dated — not least because they make the device bigger than competitors despite boasting a smaller 5.5-inch display.

But after testing I found Sony’s focus on quality rather than quantity with the screen has far from left its latest device dead in the water, and there are plenty of other features — including dust and water resistance — which should help it stay afloat.

Among the major selling points is the introduction of Sony’s Bravia TV technology to provide the first full 4K visuals on a smartphone. And it is certainly a sight to behold.

The level of detail when viewing 4K clips is incredible, from the individual feathers on a bird’s skin to blades of grass on a football pitch, and makes returning to a 1080p device somewhat disappointing to say the least.

During viewing I was also left a little more appreciative of the larger bezels. The extra bulk is clearly not just for show and makes room for quality dual-front facing speakers, while also ensuring your fingers don’t get in the way during horizontal viewing.

For now the challenge is finding 4K content that can utilise the XZ Premium’s true potential, with relatively limited options available via apps and streaming services and large file sizes if you decide to download them onto the device.

That said, it is reassuring to hold a device that will stay relevant for the coming years as more options become available.

Outside of the screen, the device has been future proofed in other areas, combining Qualcomm’s latest 835 chipset with 4GB of RAM to easily handle games, multiple apps and other demanding tasks.

But arguably its other key selling point is on the rear with the 960fps super slow motion video camera mode. In the right conditions, with plenty of light, the feature is above and beyond anything seen on competing devices. You can slow down the bursting of a water balloon or a dive into a swimming pool into a short recording that is sure to impress friends and colleagues.

However, it does not fare as well with limited lighting and is unlikely to be something you will use on a daily basis after the initial novelty wears off.

Beyond this feature, the rear camera is thankfully also impressive, producing quality shots with limited blur even on the move thanks to the laser autofocus. A dedicated camera button on the bottom right also makes handling the large device easier, particularly when shooting selfies with one hand.

Other details of note include the manufacturer’s Android skin that offers a few alternative apps for functions like photo and video viewing but remains similar to stock Android. There is also an augmented reality camera mode to add masks, glasses and other animations to photos, a side fingerprint scanner for convenient and mostly reliable unlocking and a headphone optimisation setting to provide better audio clarity when using the conveniently positioned top audio jack.

These all add to the device’s beefy screen, which thankfully does not prove to be as much of a drain on battery life as expected. You should easily make it through the day with moderate use and if you find yourself short after a lengthy 4K video session there are two stamina modes and fast charging for a quick top-up.

Debate over Sony’s design choices aside, the XZ Premium’s specifications speak for themselves and it certainly shines as a multimedia device. The challenge is clearly going to be luring buyers from Apple and Samsung’s flagships but it may have just have enough differentiation to put up a fight, particularly given a recent price reduction.

The Xperia XZ Premium is available in Luminous Chrome and Deepsea Black from Dhs2,299