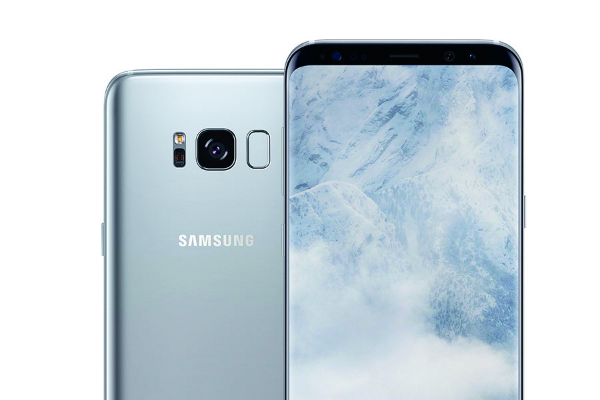 To say that Samsung has had a troubled 12 months would be a severe understatement.

From the fiasco surrounding the global recall of its critically acclaimed, but ultimately faulty, Galaxy Note 7 handset, to the very public arrest of its CEO Jay Y Lee for his involvement in a major corruption scandal, things have been tough for the Korean electronics giant.

That’s why expectations were riding high on the release of the company’s 2017 flagship. Would the Galaxy S8 be enough to focus customer attention away from the various scandals and back to what matters most, the products? Could Samsung manage to make a phone that wouldn’t spontaneously combust in your pocket? We’re happy to report in the affirmative on both counts, and then some.

Curved edges were what made last year’s Galaxy S7 Edge stand out – so much so that Samsung have done away with a flat screen version of the Galaxy S8 completely. The corners of the all-glass front have been rounded off in what has been dubbed an ‘Infinity Display’, helping the phone sit snugly in your grip.

The bezels at the top and bottom of the display are incredibly thin, a result of removing the physical home button from the front of the screen. Instead, there’s now a digital home button, built into the glass, complete with haptic feedback that works not dissimilarly to the Touch ID home button on Apple’s iPhone 7.

This has lead to one of the more questionable design decisions on the Galaxy S8, which is not that the fingerprint sensor has been moved to the rear of the device, but the fact that it now sits to the right of the rear camera sensor, making it awkward to reach, and leaving the camera lens prone to frequent fingerprint smudges. To combat this, Samsung has included a number of alternative ways to unlock the phone including facial recognition and iris scanning, both of which work with varying degrees of success but can be a bit slower than simply typing a passcode into the always-on lock screen.

And then there’s the panel itself, a brilliant 5.8-inch AMOLED affair, boasting a 2,960 by 1,440 pixel resolution that delivers deep, inky blacks and incredible contrast. The super skinny bezels, and the phone’s unique 18:5:9 aspect ratio, make it easy enough to use with one hand, despite it having a screen size that dwarfs many of its rivals.

It can’t be emphasised enough, that this phone is a true marvel of design that make’s even the iPhone 7 look dated by comparison.

With all the forward-looking innovation brought to the front of the device, it’s a shame to see Samsung treading water in the rear camera department. Not that the S8 takes bad photos by any account, it’s just that not much has changed from 2016.

A 12MP sensor with f/1.7 aperture sense, dual pixel autofocus and optical image stablilisation will sound familiar if you’ve used a Galaxy S7 before. With the likes of Huawei, LG and Apple including dual-camera setups in their flagship devices, it feels like Samsung could have done a little more here. The selfie camera has received a welcome upgrade to an 8MP sensor.

Powering the Galaxy S8 is Samsung’s own octa-core Exynos CPU, a 10nm chip that is not only incredibly powerful, but helps conserve battery life. There is 64GB of storage as standard (although expandable via microSD) while 4GB of RAM is more than enough to help the phone fly through Samsung’s uncharacteristically restrained take on Android 7.0.

Speaking of software, the newest addition to the Touchwiz interface is an AI assistant named BIXBY that, rather than just respond to your voice, is designed to pay attention to what’s on screen and what your camera is pointed at.

Currently it can launch apps, set wallpapers and recognise text, and while Samsung clearly believes BIXBY is a big deal – it has a dedicated physical button on the phone – our testing proved that it still needs a substantial amount of work if it wants to compete with Siri or Google Assistant.

Those concerned about a repeat of the Note 7’s exploding battery can rest easy, Samsung has played things conservatively this time around including only a 3,000mAh battery that, while safe, means you won’t get much more than a solid day of use out of the device.

Samsung needed a win, and the Galaxy S8 is unquestionably that. While its camera might be nothing new, and its fingerprint sensor an awkward misstep, these are easily forgotten in the face of a spectacular smartphone that will undoubtedly set the tone for the entire industry moving forward.

The Samsung Galaxy S8 is available in Maple Gold, Orchid Grey and Midnight Black for Dhs2,799