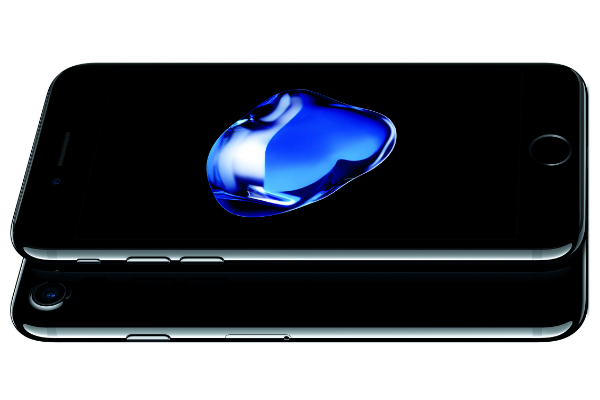 The iPhone 7 was Apple’s first device to officially launch in the UAE at the same time as the rest of the world. And there were long queues at the Apple store in Dubai as a result.

But externally, the manufacturer’s latest handset does not feature any dramatic changes in comparison to its predecessor, the iPhone 6s. In fact, most people didn’t realise I was using the new device until I pointed it out to them.

With the same 4.7-inch screen size, one of the few noticeable changes externally is the new camera lens.

That said, there are some major modifications to the inside of the phone.

One notable change is the camera. The phone’s 12-megapixel camera (same as the iPhone 6s) finally includes optical image stabilisation and also comes with a larger ƒ/1.8 aperture and six-element lens with wide colour capture.

These also come with a new image signal processor and a quad-LED true tone flash that is 50 per cent brighter than the iPhone 6s.

I was particularly impressed by the clarity and sharpness of photos taken in low-light conditions. The live photos option, carried forward from the iPhone 6s, also continues to thrill.

One feature buyers of the base iPhone 7 will miss out on is the dual lens camera on the iPhone 7 Plus. This allows for optical zoom – magnifying the image significantly while still maintaining its quality. The bigger device will also soon introduce a new depth of field feature for portrait shots, allowing for some more professional photo taking.

But while these are positive changes for both devices, the reception to the removal of the 3.5mm headphone port has been less friendly.

The company has described the change as “courageous” and stated its belief that the future of audio is wireless as justification for the drastic step.

It is soon set to release wireless Bluetooth AirPods – which feature interesting audio options and are very handy – but for existing users, the company has provided an adaptor to connect with regular headphones.

The move is bound to annoy habitual headphone users as – for one – you can’t charge the phone when you are using the adaptor and two, you have to carry the adaptor with you at all times.

This led to a moment of panic during my review when I went to listen to something privately at an event only to realise I’d left the adapter at home and was unable to use my trusty wired headphones.

On the positive side, Apple has introduced enhanced stereo speakers and the resulting audio quality is reasonably strong.

A third change that will probably make several users happy is that the iPhone 7 comes with what Apple bills the “best battery life ever in an iPhone”.

That’s thanks to the A10 Fusion chip that has been embedded inside the phone, which provides more time between charges.

While I found that certain apps (such as Skype) do drain battery life extremely rapidly, overall, my device remained charged for much longer (compared to the iPhone 6s) and, the phone also charged fairly quickly.

Coming to the last big feature – the iPhone 7 is billed the first “water and dust resistant” smartphone from Apple.

Here I have to admit that I haven’t dunked the device in water but a friend using the phone confirmed that it remained impervious to an accidental splash. This is certainly one feature that many will welcome.

And not to forget – the new home button which is now flat. This takes away the pleasure of clicking the home button but should mean it does not wear out as easily. The iPhone 7 is available in silver, gold and rose gold starting from Dhs2,599.

All in all, the iPhone 7 does come with a range of upgrades, but for those looking to flaunt a new-look smartphone, the jet-black version may be your best bet.