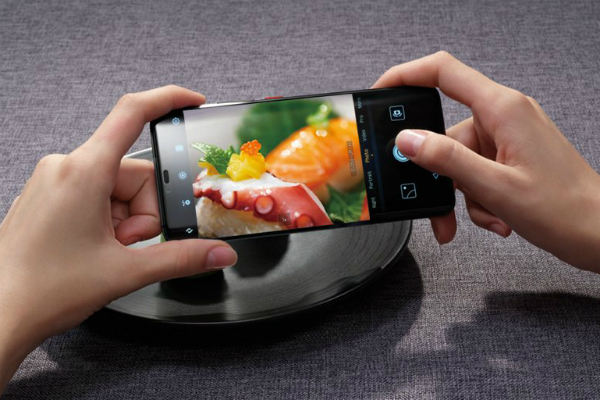 For most Android manufacturers the second premium smartphone launch of the year is the opportunity to refine their offering and take some of the shine away from Apple’s latest iPhone.

But in the case of the Mate 20 Pro, Huawei is clearly hoping to take centre stage with a feature packed device that arguably makes some of the competition look a little unadventurous in comparison.

Off the bat, the manufacturer improves on the first half launch of the P20 Pro with a new curved OLED display, which at 6.39 inches and 538 pixels per inch offers superior colours and clarity to the previous offering.

But it is some of the other new and unusual features that will likely draw more attention.

Undoubtedly the first to mention is the on-screen fingerprint scanner. While we have been promised this technology in Apple and Samsung leaks for years, Huawei is among the first to introduce it on the mass market and it certainly feels intuitive. Following further testing though there are a few teething problems, with a noticeable dip in reliability and responsiveness from a physical sensor (although this may be fixed with a software upgrade at a later date).

Another key addition is the ability to wirelessly charge another phone with your device by placing them back-to-back. This appears more of a niche addition than a practical one but could help you make some friends in the right circumstances – or just bragging rights over a colleague whose iPhone ran out of juice.

Where the Mate 20 Pro really steps up its game is in the camera department with the addition of a third lens to an already impressive 40MP and 20MP setup.

The key change here is the replacement of the 20MP monochrome lens with a wide angle one and the results speak for themselves. The wide angle mode comes in particularly handy for those moments where you need to squeeze more into the picture frame be it a group shot or a view, with little or no distortion compared to regular photos. Also making a return is the P20’s night mode and 3X optical zoom, for some of the most impressive low light and zoomed-in photography on the market.

These combine with the 40MP main camera, which now performs better in low light conditions and recognises new objects in the previously introduced AI-mode, for what is surely the most flexible smartphone camera package on the market. And one that is unlikely to leave you disappointed.

On the other side, the front camera is a similar 23MP sensor to that seen on the P20 with a few new modes and beautify effects to help you look your best (and even your thinnest). Huawei has also added new sensors and an IR scanner to improve the speed and security of the face unlock feature, which now works if you’re wearing sunglasses (certainly a welcome addition in the Gulf). Although one change I was not overly fond of is the new position of the speaker inside the charging port, which means it can easily be covered while watching video horizontally and lacks some oomph.

These features add to the top-end hardware we’ve come to expect at this end of the market including 6GB of RAM, 128GB of storage space and Huawei’s new Kirin 980 chipset.

Performance wise you’re unlikely to notice slowdown whether you are gaming on Asphalt Nitro, split screening apps or engaging in other intensive tasks. The manufacturer says it has also worked to streamline its Android user interface to improve performance and cut out unnecessary clutter and it certainly feels responsive – although this may vary depending on what device you’re upgrading from. The Mate 20 Pro should also last you into a second day or longer depending on usage thanks to the 4,200mAh battery, while the usual fast charging technology and cable is included for a quick top-up.

So what’s the verdict?

Huawei has clearly gone out of its way here to differentiate itself from the competition with varying results. However, it’s clear that the Mate 20 Pro is a device that can stand toe to toe with the competition from Apple and Samsung and offer more in some areas.

If you’re on the market for a new premium device and want new features rather than just an incremental hardware upgrade this might be the phone for you.