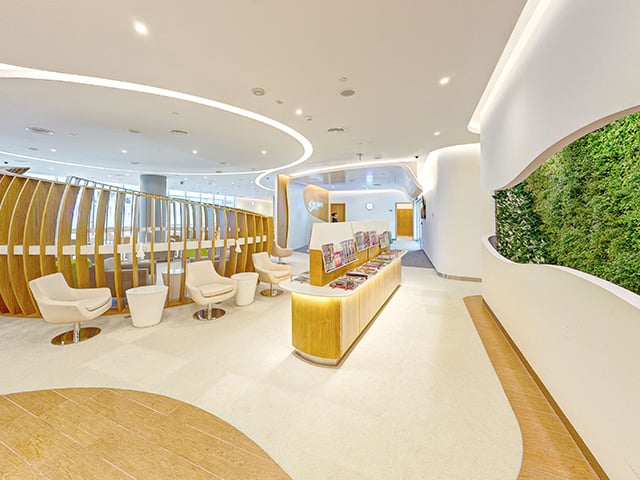 Speaking after the opening last month, chief executive Perry Cantarutti told Gulf Business the company hoped to launch another lounge in Beijing before the end of the year and was working on a further list of locations for 2017.

“We have about 20 cities around the world that are on that list, and my goal would be to get us to point where we could open between three and five lounges per year,” he said.

“When I look at that list of 20 that we’re contemplating, there are some other airports in the region, although I’m not at liberty to talk about it because many times our ability to open lounges is still open to negotiation and there are some competitiveness sensitivities.”

Speaking more broadly, Cantarutti said the role of the airport lounge had changed from a quiet refuge with snacks and wi-fi to somewhere to do business, relax or eat a meal.

The 20-member StarTeam alliance competes with the 15-member oneworld and 28-member Star Alliance.

The chief executive said frequent flier alliance members were increasingly expecting the same perks and privileges as their home carrier, particularly with regard to priority services.

“I don’t think they’re under threat but the alliances are under pressure to evolve and demonstrate value for both the members that are part of the alliance as well as the customers who fly on those airlines,”

He said SkyTeam’s focus was now on providing a better experience than its rivals, having already forged significant “geographic scope” through its members including carriers Air France, Delta, Saudia, KLM and China Southern.

“We feel it is important to focus is on improving the customer experience, providing more consistency when customers travel between alliance members and developing that as a competitive advantage versus other alliances or other carriers that are members of Star or oneworld.”