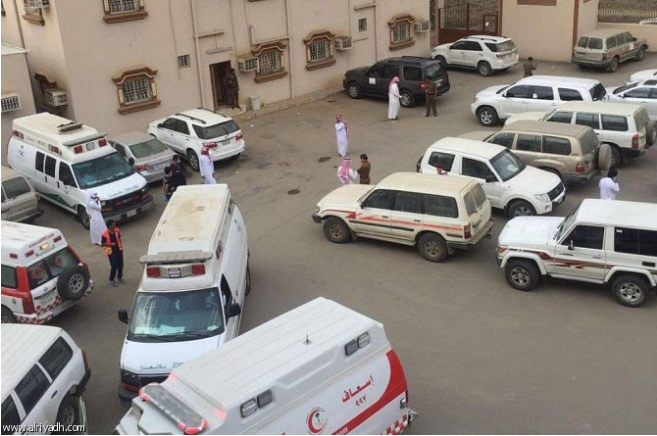 A teacher armed with an automatic weapon has reportedly shot dead six people at a Ministry of Education office in Saudi Arabia’s southern region of Jazan.

Images from the scene in the remote community of Ad Dair show emergency vehicles gathered in the building’s car park.

Two other office staff were injured, according to local reports quoting Jazan police.

The assailant, who is reportedly a secondary school teacher, has been apprehended and the scene has been cordoned off by police.

Al Arabiya said there was speculation that the gunman had issues with the principal of the office or was mentally unstable.

The publication quoted Saudi Interior Ministry spokesman General Mansour Turki as saying the shooting was being treated as a criminal act.

Jazan province, on the kingdom’s southern border with Yemen, has been targeted by missiles and cross-border fire since Saudi Arabia’s military intervention in the country.

Authorities shot down a ballistic missile targeting Jazan city on Tuesday and a policeman in the surrounding province was killed, according to reports.

The kingdom has also faced a recent series of attacks by Islamic State militants.