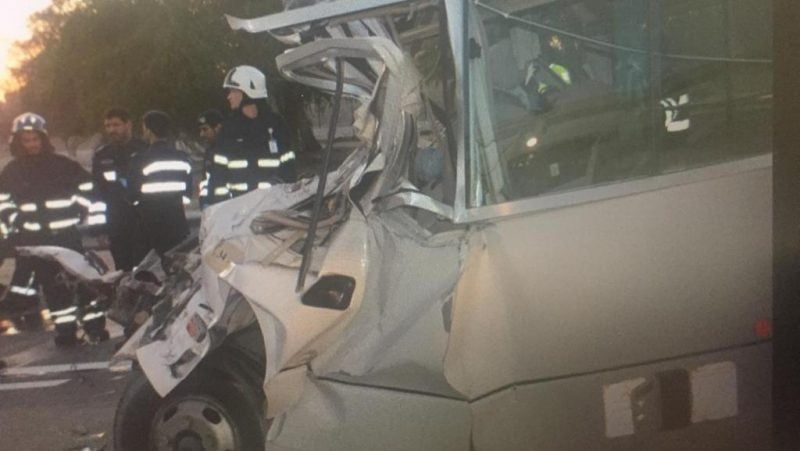 Six people were killed and 19 injured after a bus crashed into a lorry in Abu Dhabi on Thursday.

According to media reports, most of those injured were Nepali nationals.

Police said Falcon Eye surveillance cameras that recorded the crash showed that it was caused by “reckless behaviour” by a motorist who slowed in front a lorry to take an exit.

The lorry was forced to stop and a second lorry close behind it also managed to stop, but a bus came behind and crashed into it.

Police said patrols and paramedics rushed to the site of the accident and took the injured to hospital and remove the damaged vehicles from the motorway.

Officials urged motorists to be careful on the roads, respect speed limits and avoid “irrational and irresponsible behaviour” that could cause fatal accidents.