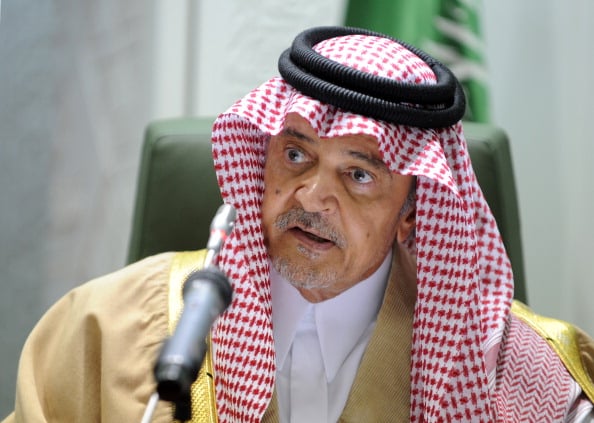 Saudi Arabia said on Wednesday neighbouring Iraq faced the threat of full-scale civil war with grave consequences for the wider region and, in an apparent message to arch rival Iran, warned against outside powers intervening in the conflict.

Iraq’s Prime Minister Nuri al-Maliki has appealed for national unity with bitter Sunni critics of his Shi’ite-led government after a stunning offensive through the north of the country by Sunni Islamist militants over the past week.

Maliki has also accused regional Sunni powerhouse Saudi Arabia of backing the militants of the Islamic State of Iraq and the Levant (ISIL), who want to carve out a Sunni caliphate in the heart of the Middle East.

“This grave situation that is storming Iraq carries with it the signs of civil war whose implications for the region we cannot fathom,” Foreign Minister Prince Saud al-Faisal told a gathering of Arab and Muslim leaders in Jeddah.

He urged nations racked by violence to meet the “legitimate demands of the people and to achieve national reconciliation (without) foreign interference or outside agendas”.

Saud did not elaborate but the remarks appeared aimed at Shi’ite Iran, a key ally of the Maliki government. On Wednesday, Iran said it would not hesitate to defend Shi’ite holyl sites in Iraq against “killers and terrorists”.

Saud said the three-year civil war in Syria, where a largely Sunni Muslim uprising has failed to unseat President Bashar al-Assad, another ally of Iran, had “helped to deepen the internal disturbance in Iraq.”

On Monday, Saudi Arabia blamed the Iraqi crisis on Maliki, citing what it called years of “sectarian and exclusionary policies” by his government against Iraq’s Sunni minority.