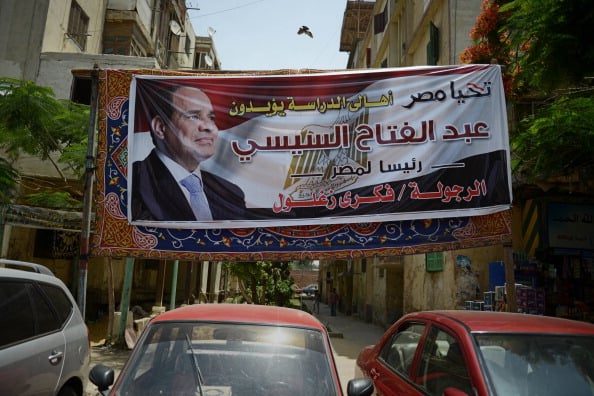 Former military chief Abdel Fattah al-Sisi swept to victory at Egypt’s presidential polls this week, gaining over 90 per cent of votes, according to reports.

His win was predictable, thanks to the strong support the former military man has received ever since he announced his intention to run for presidency. His only other opponent at the polls was leftist politician Hamdeen Sabahi, who won only around three per cent of the votes.

Following the landslide win, Sisi now faces the daunting task of reviving Egypt’s flailing economy and creating jobs for the rising numbers of unemployed youth in the country.

The GCC states – with the exception of Qatar – widely welcomed Mursi’s ouster and Saudi Arabia, the UAE and Kuwait pledged a combined $12 billion worth of aid to the country last year.

The UAE in particular has been extremely generous with its support, later announcing a further $3.9 billion of aid. It has also signed deals to develop schools, housing units and wheat silos in Egypt.

UAE State Minister Sultan Ahmed al-Jaber, who is in charge of aid to Egypt, also said last week that the Emirates would continue to back Egypt after the presidential vote. “We will continue to provide political and economic support,” Egyptian state news agency MENA quoted him as saying.

Promised aid from the GCC has so far amounted to $20 billion, Sisi revealed in an interview earlier this month.

However, despite the current support, analysts remain skeptical about the long-term scenario for investments into Egypt, because of the delicate political situation.

“In the short-term, Sisi’s election will certainly provide the needed stability which may warm up GCC for some small experiments on the investments side,” said M.R. Raghu, senior vice president of research at Kuwait Financial Centre (Markaz).

“However, a military led rule will take Egypt back to Hosni Mubarak days albeit with slight variations. With active people protests being in vogue, if Sisi aspires for a permanent position like that of Hosni Mubarak, we may again see some street swell of protests soon in one form or other.

“Democratic transition has never been easy for dictator ruled states and Egypt is no exception. Investors in general, and GCC in particular, will be cautious towards investment opportunities in Egypt given the large-scale exposure already in place,” he said.

He added: “Political risk is the most unsettling among all risks and hence a ‘wait and watch’ approach will be preferred to taking impulsive decisions.”