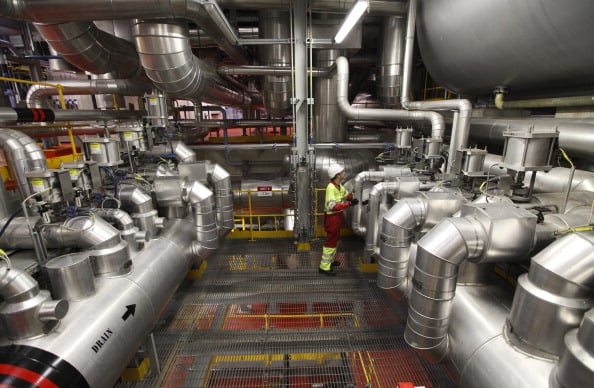 Siemens has won an order worth $966.8 million from Saudi Aramco to supply components for the Jazan power plant, the company said in a statement.

The power plant, to be fueled with gasified refinery residues, will have an installed capacity of 4,000 megawatts, making it largest gasification-based power plant site in the world.

The power station will deliver electricity to the Jazan Industrial city area in the southwest of the country and to the refinery of Jazan, which will also be supplied with process steam.

The order is the largest one to date for Siemens from Saudi Aramco.

The Jazan power plant comprises of five units. Commissioning of the first two blocks is scheduled for spring of 2016 and the third will for spring 2017. The other units will go online successively after this at intervals of a few months each.

Saudi Arabia’s power demand is estimated to rise about six per cent per year to cater to its rapidly rising population. To meet growing demand, installed power generation capacity will have to at least double within 10 years from 67 gigawatts in 2012 to an estimated 140 gigawatts in 2020, said Siemens.

The company is currently constructing a facility in Dammam to manufacture and provide servicing for gas turbines and related equipment in the country. Six of the newly ordered combustion gas turbines will be manufactured at this new facility.