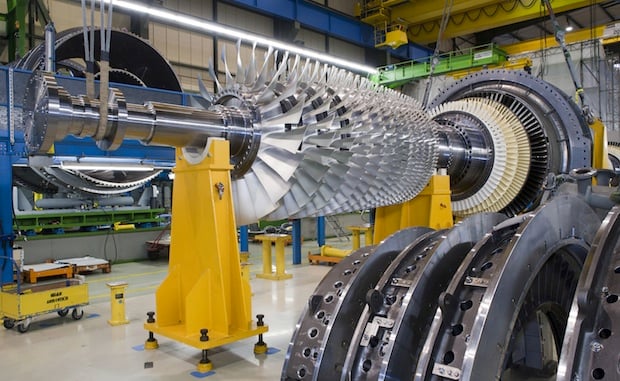 Siemens, which has won a deal to supply five gas turbines for Saudi Arabia’s Fadhili gas plant project, said that the turbines will be manufactured locally.

The company has signed an agreement with Doosan Heavy Industries and Construction – which is constructing the Fadhili Combined Heat and Power (CHP) plant – to supply five F-class gas turbines.

The turbines will be produced at the Siemens Dammam Energy Hub (SDEH) – the Middle East’s largest gas turbine manufacturing facility, a statement said.

In addition to the turbines, Siemens’ scope of supply includes five generators and a control system, all of which will be commissioned on site, it added.

With a generating capacity of 1,200 megawatts, the Fadhili CHP plant will supply electricity and process steam to a new natural gas extraction plant in Fadhili, which is located around 120km northwest of Dammam. It will also supply electricity for domestic use across the country.

Siemens and Engie affliate Kahrabel have also signed a 16-year long-term service contract for the gas turbines, the company said.

The new power plant will largely be fired with K-gas, a natural gas which has a relatively low calorific value. Siemens and Saudi Aramco have been jointly testing the suitability of the F-class gas turbine for this special type of fuel.

“The project leverages even more opportunities to drive the industrialisation of the kingdom in line with Vision 2030,” said Jeffrey Dunlap, Siemens’ senior vice president for power generation sales in the MENA region.

“The new power plant will reliably supply the gas extraction plant with electricity and process steam for a long time.”

The Fadhili CHP project is scheduled for completion by the end of 2019.

Together with two other new gas extraction plants, Fadhili will produce more than five billion standard cubic feet per day of “non-associated gas,” a natural gas which is extracted independently of oil.