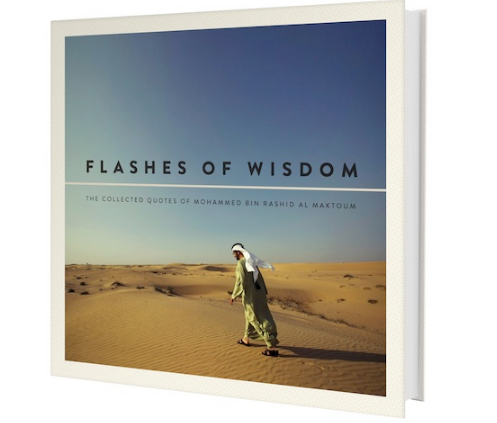 Flashes of Wisdom is collated from various speeches, poems, books and other sources. His quotes touch upon a wide range of themes such as positive thinking, innovation and government.

On leadership, he says: “The Arab World has politicians aplenty, more than it really needs, but we lack creative managers who can lead us out of the constant crises we are facing.”

He adds on the same topic: “If we had waited for regional stability to be restored before launching our huge projects, where would we stand today?”

Under the section on positivity, Sheikh Mohammed, who spearheaded the UAE’s Hope mission to Mars explains: “An Arab official once asked me about the target the UAE wanted to achieve from launching the first Arab probe to Mars. I told him: we want to send a message of hope to the 350 million Arabs that we are capable of reclaiming out future.”

Sheikh Mohammed has also written a number of other works including My Vision: Challenges in the Race for Excellence, Flashes of Thought, 40 Poems from the Desert and Spirit of the Union, all published by Motivate, also the publisher of Gulf Business.