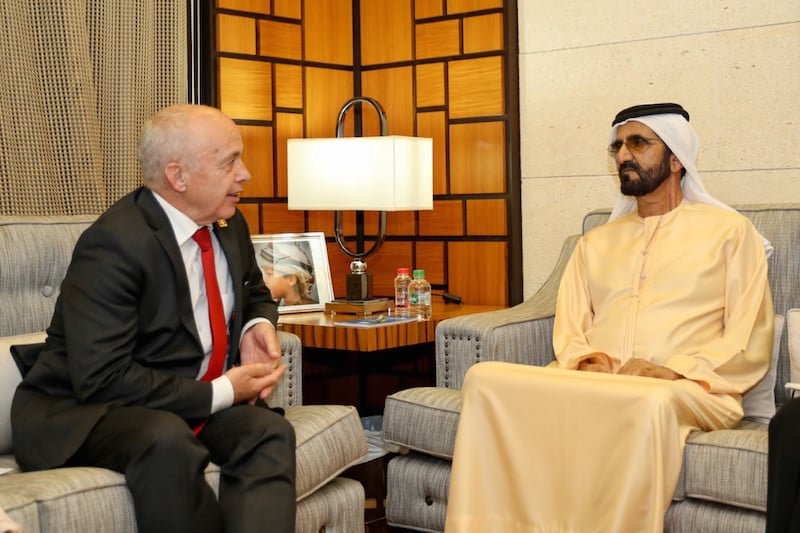 During the meeting, the two leaders discussed means to further develop bilateral ties between the UAE and the Swiss Confederation.

Maurer confirmed that he and a high-level delegation would be present at the ceremony of the Swiss pavilion at the Expo 2020 in Dubai. He also confirmed the interest of Swiss banks to cooperate further with their UAE peers.

Maurer previously visited the UAE as the Swiss finance minister in early 2018.

Bilateral trade between Switzerland and the UAE in 2017 stood at Dhs51.8bn while Swiss foreign direct investment (FDI) to the UAE was valued at Dhs74bn. The UAE is Switzerland’s primary GCC trade partner and tourism source market.